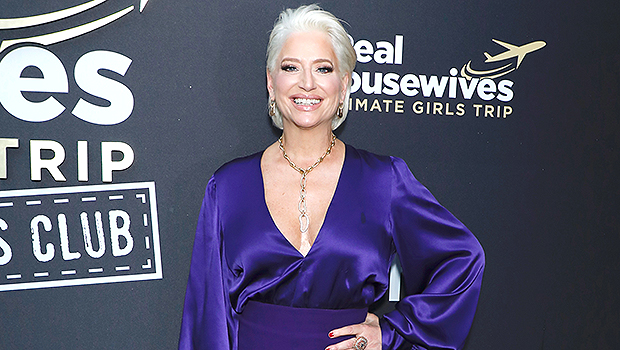 Fans of Dorinda Medley, 57, know that she loved her husband Richard Medley more than anything. Dorinda and Richard were married for six years before he tragically passed away at the age of 60. When Dorinda was introduced on The Real Housewives of New York City in 2015, viewers saw her remember Richard with an emotional memorial. Dorinda has been open about her grief in the years since she lost her husband. Here’s everything you need to know about Richard Medley and his beautiful marriage to Dorinda.

Richard was a hedge funder.

Richard was a successful hedge fund manager based in New York City. He was the former business partner of George Soros and he also worked as a speechwriter for Geraldine Ferraro, who was the first woman to ever run for Vice President. Richard’s ties to Washington D.C. also connected him to former president Bill Clinton, and Dorinda got to know his wife Hillary Clinton. Dorinda was working as a broker and she met Richard while he was hunting for a townhouse.

Dorinda and Richard tied the knot on October 15, 2005 at the Brick Presbyterian Church in New York, followed by a fabulous reception at the Four Seasons. Dorinda wore a Randi Rahm gown for her wedding day, according to New York Weddings. The event was reportedly a 50s-themed party that was designed to look like an aquarium.

He was close with Dorinda’s daughter.

Through his marriage to Dorinda, Richard became a stepfather to her daughter Hannah, now 26. Hannah is Dorinda’s daughter from her marriage to her first husband, Ralph Lynch. Richard and Hannah had a close relationship before he died. Hannah even took a break from school and moved back home to be with her mom after Richard’s passing.

He died of liver failure.

Richard tragically passed away on October 16, 2011 due to liver failure. He was 60 years old when he died. In 2021, Dorinda marked the 10-year anniversary of her husband’s passing with a touching tribute. “’Dorinda, You are My True North’ “, the reality star wrote, quoting her late lover. “10 years ago my husband, Richard H Medley, my friend and my partner, passed away I now look to him as my ‘True North’ and know that he is still protecting, guiding, and watching over me. I will always love you,” she said.

Dorinda has never been too shy to discuss her late husband on reality television. She often talked fondly about Richard to her RHONY castmates when she was on the show from 2015 until she was fired in 2020. Dorinda also brings up Richard on the second season of Real Housewives: Ultimate Girls Trip, where seven other ex-Housewives stay at Dorinda’s iconic Blue Stone Manor in the Berkshires, Massachusetts. She even told some of the other women that she can “feel” Richard’s presence at the home.