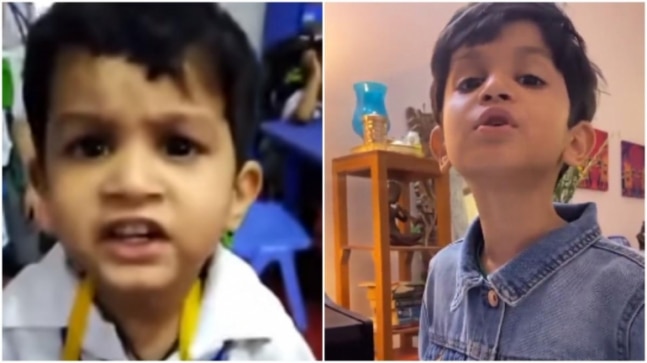 Do you remember the little kid who sang Gulabi Aankhen? Well, his video went crazy viral online and the internet simply fell in love with the cute toddler’s antics and voice. He is all grown up now and another clip of his is doing the rounds of the internet. In the new one, he can be seen singing Mere Mehboob Qayamat Hogi and we are sure that you will end up watching it on loop.

The now-viral video was shared by IAS officer Awanish Sharan on Twitter. In the short clip, the little boy can be seen singing the famous melody from the film Mr X in Bombay. He crooned the song while also playing the keyboard. We are sure that the boy’s silky voice will make your day a thousand times better.

“Made my day,” reads the caption of the post.

The video went viral with over 50k views and, needless to say, netizens just couldn’t get enough of the talented boy’s soothing voice.

Is he the same bachcha who sang Gulabi Ankhein in one of the viral videos?

Mere Mehboob Qayamat Hogi is a song sung by Kishore Kumar. The music was composed by Laxmikant and Pyarelal.

Listen to the song here:

If you want to refresh your memory, here is the video of the boy singing Gulabi Aankhen.

Such a soulful voice!