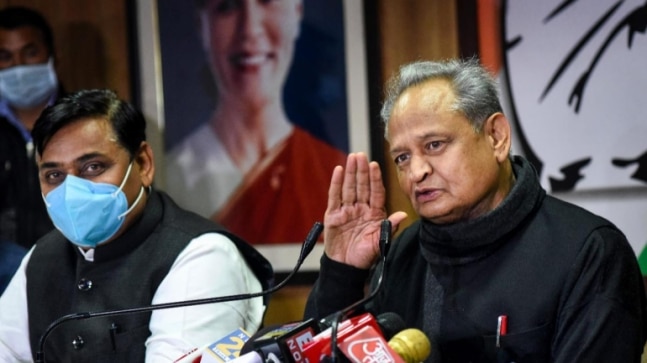 The controversy surrounding REET, the examination held for recruitment of teachers in Rajasthan last year, has become a major political hot potato for the Ashok Gehlot-led Rajasthan government in the state.

Chief Minister Ashok Gehlot, while speaking on the alleged REET paper leak controversy on Sunday, mentioned that every mistake demands a price and that those who have made the mistake will have to pay a price.

“The issue of REET examinations is big. We want to get to the bottom of it. Every mistake demands a price. Those who have made the mistake will have to pay a price. Several people have been arrested in the case. There could be more arrests. This is not about a person but about a system. The Opposition should not make baseless statements on the matter. They do not understand that their attitude is not constructive. They criticize everything. Unemployment is the biggest issue in the country”, CM Gehlot said.

Despite several arrests in the case, the BJP has been demanding a CBI enquiry into the case. CM Gehlot, however, on Sunday, asked opposition leaders not to make baseless statements on the matter.

“We have handed the matter to SOG and the matter is under investigation. The Opposition has been making demands such as handing over the enquiry to the CBI. There has to be some basis to the comments made by the Opposition. There are several people in the Opposition, including one union minister who have been making baseless statements. They should do some research on the matter and thereafter make statements”, the CM added.

WHAT IS THE REET SCANDAL?

The Rajasthan Eligibility Entrance for Teachers (REET) examination, in which more than 16 lakh candidates appeared, has got embroiled in a major controversy. There are allegations of widespread cheating and irregularities during the holding of the REET examination. Hundreds of candidates have carried out protests regarding this.

Several cases of the REET paper being allegedly leaked to candidates hours before the start of the exam and of candidates wearing slippers with bluetooth sets have surfaced. This has led to questions being raised over the way the exam was conducted.