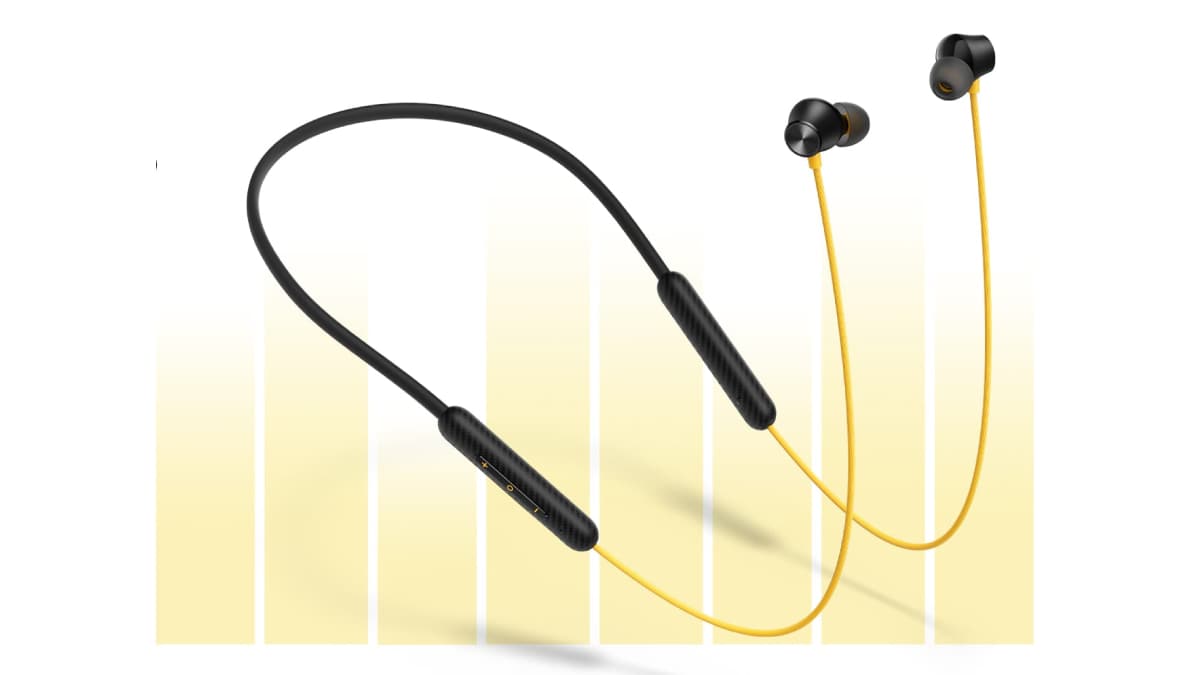 Realme Buds Wireless 2S price in India has been leaked by a tipster ahead of the launch event scheduled for next week. The upcoming earbuds feature 11.2mm dynamic bass drivers and are claimed to offer 24 hours of playback time. Realme claims that the earphones can run for up to 7 hours with 20 minutes of charging. They also feature AI Environment Noise Cancellation (ENC) technology for calls. Buds Wireless 2S will also get Bluetooth 5.3 connectivity. The Chinese company will also launch the Realme Flat Monitor, Realme Pad X, and Watch 3 during the Hey Creatives event on July 26.

Realme Buds Wireless 2S will be launched in India on July 26 at 12.30pm IST by the Chinese company during its Hey Creatives event.

Ahead of the launch event, tipster Mukul Sharma (@stufflistings) has shared via Twitter that the earphones will be priced in India at Rs. 1,299. The image shared by the tipster also lists the maximum retail price of the Realme Buds Wireless 2S at Rs. 2,999.

A landing page for the Realme Buds Wireless 2S recently went live on the company’s website. The Buds Wireless 2S will feature a neckband design and offer AI ENC technology for noise cancellation. The earbuds are equipped with 11.2mm dynamic bass drivers, along with 24 hours of total playback time. Realme claims that with 20 minutes of charging the Buds Wireless 2S can run for up to 7 hours.

The earbuds will also support voice assistant, which can be activated by pressing the button on the inline remote. The inline remote on the upcoming Realme Buds Wireless 2S also lets wearers control the volume. The earphones feature Bluetooth 5.3 connectivity and a dual-device fast switching feature.

Realme will also launch the Pad X tablet, Watch 3, Flat Monitor, and a range of other 5G-led AIoT products during the Hey Creatives event on July 26.