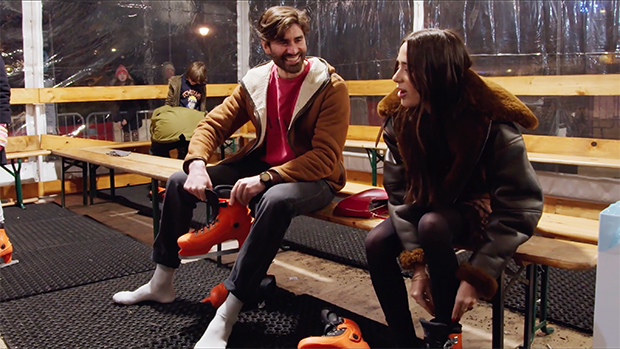 Victoria Zito is determined to help her BFF Margaux Lignel find love on the Sept. 26 episode of Bravo’s Real Girlfriends in Paris. In HollywoodLife‘s EXCLUSIVE preview of the next episode, Victoria and Margaux go ice skating with Gabriel, Victoria’s neighbor, and Alberto, Margaux’s date. Victoria tells the viewers in a confessional that she wants Margaux and Alberto to really hit it off.

“I’m hoping Margaux and Alberto will have a vibe, cause I feel like they’re both pretty chill people,” Victoria says. “And also,” the Texas native adds, “Margaux’s been complaining about having cobwebs down there. I’m just trying to help.”

We see Margaux and Alberto bonding as they put on their skates. Alberto tells Margaux that he used to ski, and they realize they have an instant connection since Margaux used to snowboard. So far, so good!

The time comes for the foursome to ice skate and things don’t go great for Alberto. He’s consistently slipping and falling on the rink. He even teases Margaux that she “trained” before the ice skating date, which she humorously denies. Victoria skates with Gabriel and lets her pal bond with her date.

Alberto takes yet another rough fall on the rink. He even loses his balance and falls into Margaux, but luckily, the former New Yorker catches him. Margaux tells the viewers that she’s surprised by her date’s failed ice skating performance.

“Alberto’s ice skating skills are not good,” she says in a confessional. “I’m not a good skater. I thought I would be the one falling on my ass. But it seems that it’s him.”