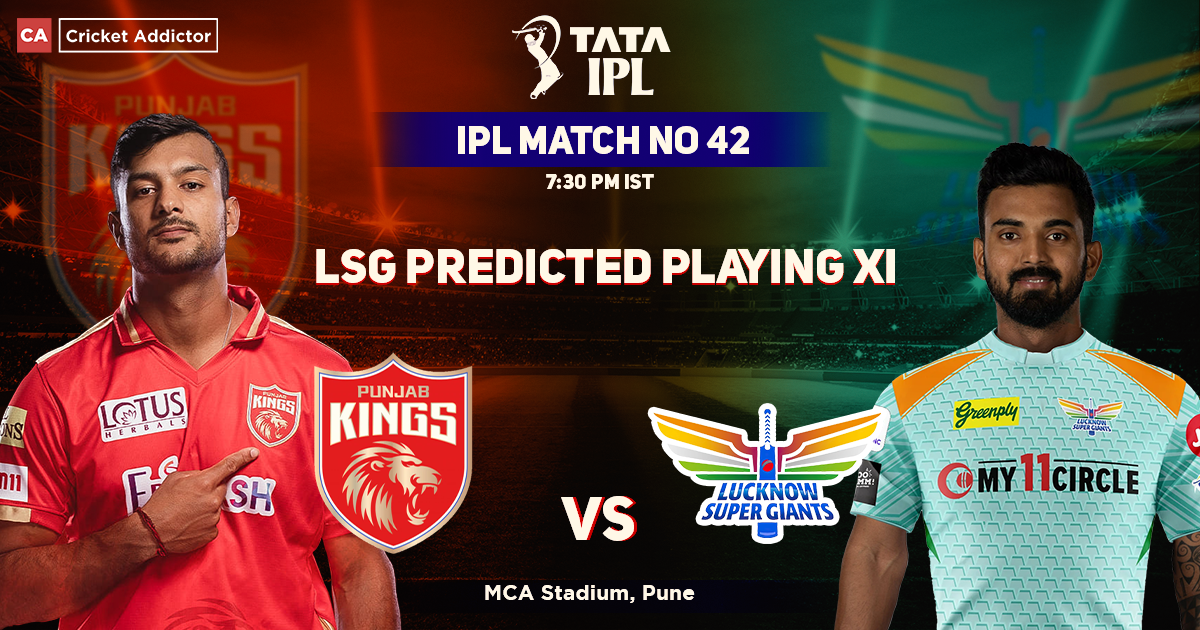 KL Rahul’s side delivered a crushing blow to the Mumbai Indians in their last game and has almost knocked the 5-time IPL champions out of the contention for a berth in the playoffs. Their bowlers aggressively defended the average score of 168 runs to win the game by 36 runs. They are placed 4th on the points table and tied on the same points as three other sides. KL Rahul would like his side to get a move on with a win against Punjab.

Lucknow skipper KL Rahul hit a splendid hundred in the last game against MI and together with Quinton de Kock forms a strong opening wicket pair. Manish Pandey needs to score at a better strike rate as he hasn’t had a great season. He must add runs with Marcus Stoinis and Krunal Pandya in the middle order. They have good depth in the batting with Deepak Hooda, Ayush Badoni, and Jason Holder to follow.

Dushmantha Chameera bowled magnificently in the last game and look to bowl tight spells at the start of the game with Jason Holder. Avesh Khan is likely to make a comeback into the side after sitting out against the Mumbai Indians due to an injury. He adds strength to this attack along with Krunal Pandya, Ravi Bishnoi, and Ayush Badoni. Manish Pandey is the only weak link in the otherwise excellent batting unit and might get replaced by someone like Manan Vohra.

KL Rahul has been Mr. Consistent of IPL in the last couple of seasons, scoring over 500 runs in each of the last four editions. LSG would want their skipper back in the 2018 form though, the season where he had scored 659 runs at 54.91 at a strike rate of 158.41.

The right-handed batsman was picked as a draft player by the team. Last season, he was part of Punjab Kings. He scored 626 runs in 13 IPL 2021 games. He has amassed 368 runs in 8 IPL 2022 games averaging 61.33 including successive tons against Mumbai.