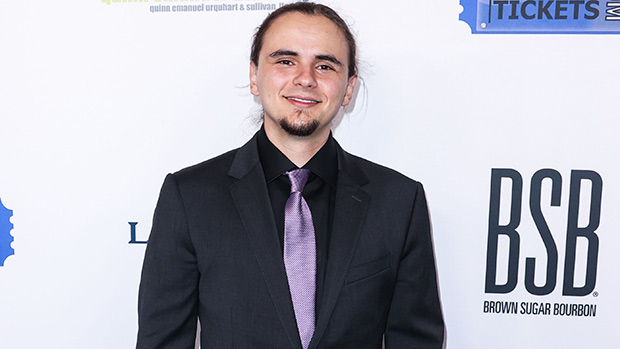 Prince Jackson is missing his dad. The oldest of Michael Jackson’s kids paid tribute to his father on his 64th birthday. The 25-year-old shared sweet family photos that also featured his siblings Paris and Bigi Jackson, previously known as “Blanket.”

“Happy birthday to the greatest! Miss you more and more but I love you more and more with each day. Thank you for everything,” Prince captioned the Instagram photos. Paris Jackson also honored her late father with a sweet father-daughter photo and a simple “hbd” caption.

Michael died on August 29, 2009, at the age of 50. He died of cardiac arrest that was caused by a fatal combination of drugs given to him by his doctor. Prince, whose given name is Michael Joseph Jackson Jr., was just 12 years old at the time.

Prince is close with his younger siblings. In June 2022, Prince attended the Tony Awards with his little sister. The siblings showed their support for the Broadway musical based on their father. MJ: The Musical was nominated for 10 Tonys and won 4 awards, including Best Actor in a Musical. They also attended the 2022 Harold and Carole Pump Foundation Gala in August 2022.

Back in 2021, Prince opened up about what he learned from his father. “You know, there are so many nuggets there that are just so close to my heart that I feel like they’re applicable at all times,” Prince told FOX Soul. “But the one that is my guiding principle is that you never stop learning. I graduated, and that doesn’t mean that I stopped learning… And my father also would say something along the lines of, ‘The minute that you stop learning is the minute that you’re going to start dying.’”

In the years since his father’s death, Prince has co-founded the charity Heal Los Angeles Foundation. The foundation aims to improve the lives of young people in Greater Los Angeles by creating impactful programs that will help them pursue their dreams while building fundamental life skills.

Michael Jackson’s Siblings: Where Are They Now?