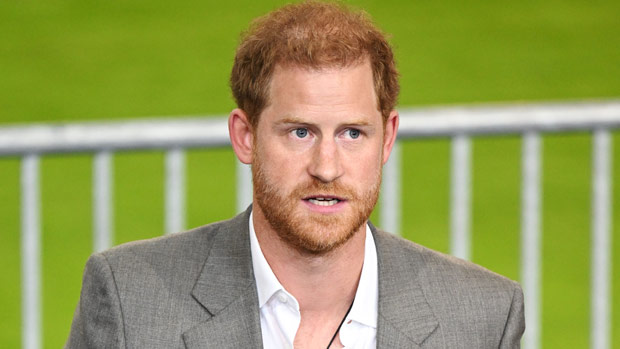 Prince Harry’s tension with his family may keep him from attending one of the biggest days of his father, King Charles‘, life. King Charles will officially receive his crown at his coronation on May 6, 2023, but Harry is still unsure whether he’ll attend. Harry sat down with ITV for an interview, which will air on Jan. 8, and was asked if he’d go to the coronation if he’s invited. “There’s a lot that can happen between now and then,” Harry admitted. “The door is always open. The ball is in their court. There’s a lot to be discussed and I really hope they’re willing to sit down and talk about it.”

Harry has had a rift with his family members for years, leading to him and wife, Meghan Markle, to step down from their royal duties and move to North America in Jan. 2020. Since then, the tension has seemingly increased, as Harry and Meghan have gone public with their side of the story. Harry will delve even deeper into his issues with the royal family in his upcoming memoir, Spare, which comes out on Jan. 10. “I don’t know how staying silent is ever going to make things better,” he says in an other clip from the ITV interview.

A bombshell excerpt from Harry’s book was released by The Guardian on Jan. 4, where he accused his brother, Prince William, of getting physically violent with him. Harry claimed that William called Meghan “rude” and “abrasive,” which led to the alleged confrontation. “[He] grabbed my by the collar, ripping my necklace and…knocked me to the floor,” Harry reportedly writes.

This was the first time Harry publicly accused William of physically attacking him. However, in his Netflix documentary, Harry & Meghan, which was released in December, he did open up about another tense argument with his brother. The fight took place when Harry met with his family to discuss his future with the monarchy in Jan. 2020. “It was terrifying to have my brother scream and shout at me, and my father say things that simply weren’t true,” Harry claimed. “And my grandmother, you know, just quietly sit there and sort of take it all in.”