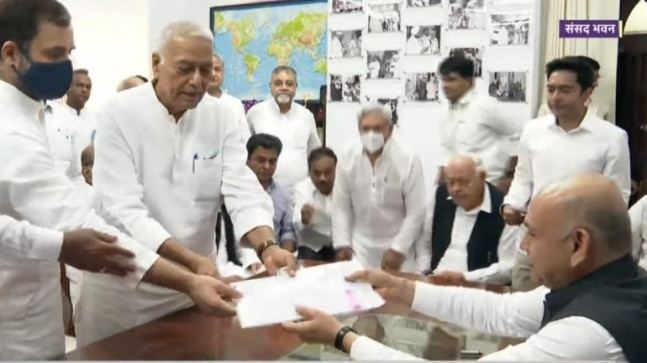 The opposition presidential candidate, Yashwant Sinha, filed his nomination papers at the Parliament in New Delhi on Monday. He was flanked by Congress leader Rahul Gandhi and NCP’s Sharad Pawar.

Leaders including Congress’ Mallikarjun Kharge and Jairam Ramesh accompanied him for the filing of the nomination. Samajwadi Party’s Akhilesh Yadav and RLD Chief Jayant Chaudhary were also present. Former union minister, Yashwant Sinha (84), was chosen as the consensus candidate from the Joint Opposition for the upcoming Presidential elections which will take place on July 18, 2022.