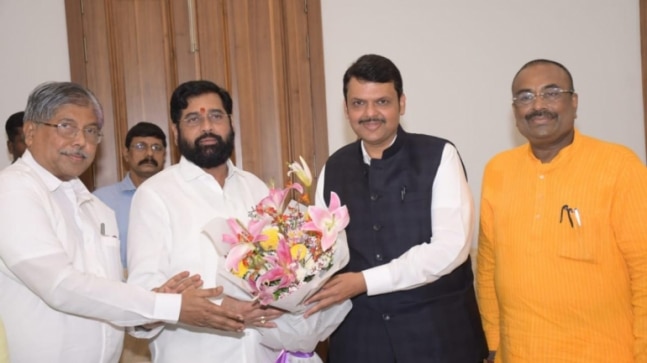 As Maharashtra was preparing to welcome BJP’s Devendra Fadnavis as its new chief minister at 7 pm today, the news of Rebel Shiv Sena leader Eknath Shinde becoming the state’s CM came as a surprise to many.

Also read: Shinde undecided about pulling the plug on MVA? What to expect in Maharashtra crisis today

Here’s a list of the possible reasons behind the U-turn.

1. In 2019, the BJP and the Shiv Sena fought and won the state assembly election in an alliance. However, post the results, the alliance broke up over the question of who would occupy the chief minister’s post. Soon after, BJP’s Devendra Fadnavis shocked the political world by taking oath as the CM early in the morning with the support of the NCP’s Ajit Pawar. This hastily clobbered-up alliance didn’t last, but the move made the BJP come across as a party that had a lust for power. Having Eknath Shinde allows the BJP to project an image of a party that is not after power.

2. While departing as the Maharashtra CM, Uddhav Thackeray had managed to set a narrative of having been backstabbed by the BJP. “You [BJP] have brought Balasaheb’s son down,” Uddhav said during his resignation speech. This narrative had the potential to bring Uddhav emotional and political benefit as far as the voters were concerned. By ensuring a ‘Shiv Sainik’ as chief minister, this narrative will not have the same impact.

3. The BJP quite clearly wants to create an image that they truly support the legacy of Shiv Sena founder Balasaheb. Devendra Fadnavis said this in as many words during Thursday’s press conference before he made the announcement that Eknath Shinde would be the CM of Maharashtra. After all, with a ‘ Shiv Sainik’ in the CM’s chair, ‘Balasaheb’s dream still remains fulfilled’.

4. The recent developments in Maharashtra have thrown up the question: Who is the real Shiv Sena? The question will probably remain unanswered for some time but having Eknath Shinde, who has been vocal about carrying forward Balasaheb’s true legacy, as CM will make it easier for the BJP to claim that the real Shiv Sena is with the party when the 2024 polls come around.

5. Eknath Shinde may have the support of a sizeable number of Shiv Sena MLAs but things can change in politics at the drop of a hat and so, the threat of the ‘rebel’ MLAs rebelling once again always remains on the horizon. However, these MLAs as part of a government that is led by their own party and not the BJP, will go some way in keeping the camp together.

All this takes care of things for now. The BJP is in power in Maharashtra as a junior partner, and the Shiv Sena is in disarray. The party now has a chance at pushing for a government on its own after the 2024 Assembly elections.