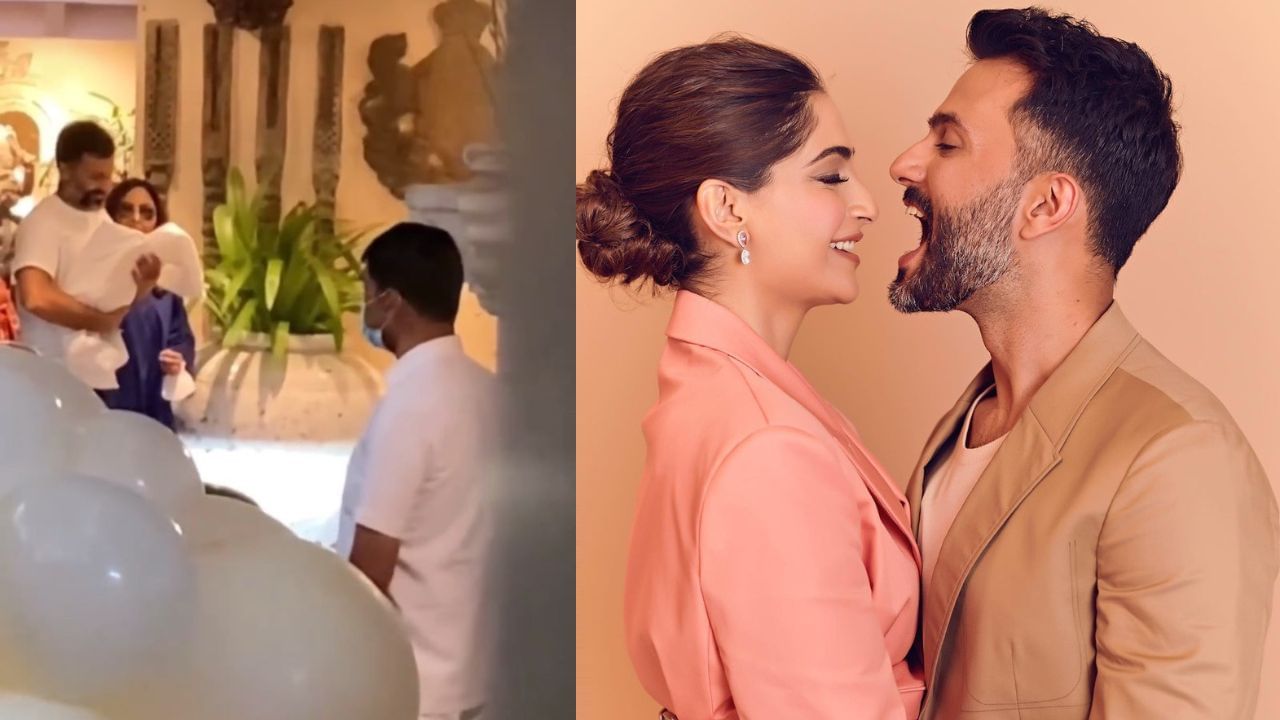 Sonam Kapoor has recently given birth to a son. After being in the hospital for 6 days, he was discharged, after which there is an atmosphere of celebration at his house.

Bollywood actress Sonam Kapoor and Anand Ahuja have become proud parents. On August 20, Sonam gave birth to a lovely son. only on friday Sonam Kapoor After spending 6 days in the hospital, she finally reached home after being discharged. As soon as he reached home with his son, he was warmly welcomed. Photos and videos of Anand Ahuja and Sonam Kapoor with their son are becoming increasingly viral on social media. In the joy of the grandson’s arrival, Sonam Kapoor’s father Anil Kapoor had kept a puja for the child.

Worship in the house kept for the son

A video is also becoming increasingly viral on social media, in which Anand Ahuja is seen standing at the door of the house with his son in his lap. And he is going as soon as he sees his son gazing. It’s a cute and heartwarming moment and a proud moment for a father to hold his child in his arms that must be rejoicing. In this video, Sonam Kapoor is also seen standing together. Pandit ji is applying tilak to everyone and worship is being done.

Sonam Kapoor was captured sitting in the car while going home from the hospital. However, neither Sonam Kapoor’s face was visible nor the child’s face has been revealed to the public. Worship is being done at home to welcome the child. Anand Ahuja’s son is not able to take his eyes off him. He is constantly looking at his child. It seems that he too has become a child with his child. He is smiling looking at his son. Sonam Kapoor’s face is not visible in this video. But both Sonam Kapoor and Anand Ahuja are seen in white color outfits.

There is an atmosphere of happiness in the Kapoor family

There is an atmosphere of happiness in the Kapoor family with the arrival of the child. If anyone is happy the most, it is actor and Sonam’s father Anil Kapoor, who seemed desperate to see his grandson. In this happiness, Anil Kapoor along with his son-in-law Anand Ahuja distributed sweets to the media persons including Mumbai policemen. Also, people are congratulating Anil Kapoor on becoming a maternal grandfather and Anand Ahuja on becoming a father. Anand Ahuja and Sonam Kapoor have now stepped into a new phase of life. His new journey is starting from here and at this time he is seen enjoying parenthood a lot.

For your information, let us tell you that a few days ago a video had surfaced after seeing Sonam Kapoor’s son. Rhea Kapoor Couldn’t even control her emotions. Seeing Sonam’s son, Riya started crying.