A majestic new Hindu temple that blends Indian and Arabic architecture designs has been inaugurated in Dubai’s Jebel Ali Village, with a powerful message of tolerance, peace and harmony.

Located in a neighbourhood referred to as the emirate’s ‘worship village’, the temple formally opened its doors to worshippers across the UAE today. 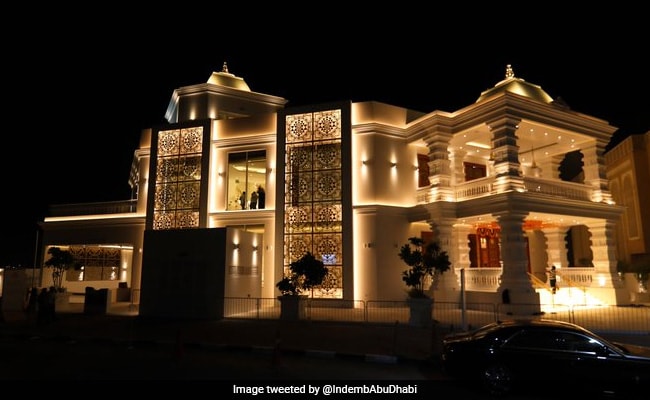 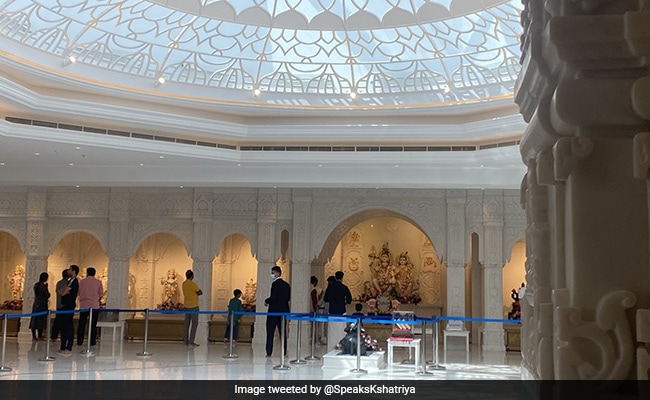 A ribbon-cutting ceremony was organised in the main prayer hall. 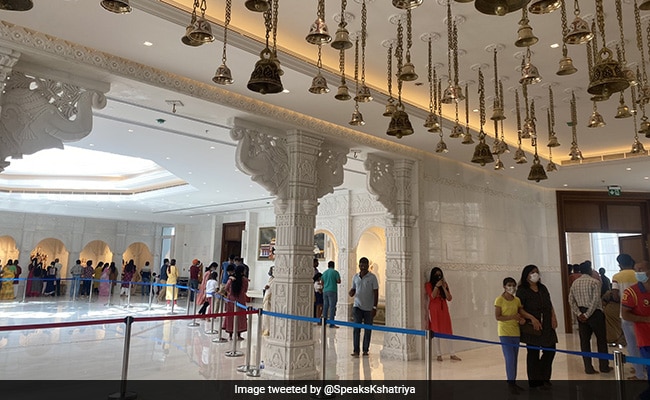 Ahmed Abdul Karim Julfar, director-general of the Community Development Authority, was also present at the event.

Over 200 dignitaries, including the heads of diplomatic missions, religious leaders of several faiths, business owners and Indian community members were also present at the glittering opening ceremony.

Ambassador Sudhir said: “It is welcome news for the Indian community that a new Hindu temple is being inaugurated in Dubai today. The temple’s opening serves the religious aspirations of the large Hindu community living in the UAE.

“The new temple is adjoining a Gurudwara, which was opened in 2012. We are honoured that Sheikh Nahayan inaugurated the new Hindu temple in Dubai. We thank the graciousness and generosity of the Dubai Government for providing land for the temple and facilitating its construction,” the Indian envoy said.

Plans to construct the 70,000-square-foot house of worship were announced in 2020, shortly after the COVID-19 pandemic struck Dubai.

Speaking to Khaleej Times on the sidelines of the opening ceremony, Shroff said: “The temple opening in Dubai is a dream come true not just for Hindus, but for Indians all over the UAE. The temple is a true representation of how we perceive religion – bringing cultures together.” “Despite COVID-19, construction timelines were not hampered because of the support of the Dubai government. The Hindu Temple Dubai is truly a remarkable icon of how receptive and compassionate Dubai and the Government of the UAE are. Whether it was in 1958 to launch the first ‘temple’ in the country to the Hindu temple now, the Emirati generosity remains.”

Pre-registration is required to visit the temple and devotees can register online before arrival.

By the end of the year, there will be a spacious community centre where Hindu ceremonies, rituals and prayers can take place, including weddings.