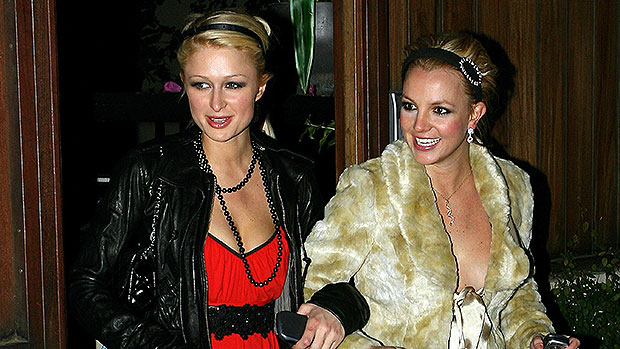 Paris Hilton, 41, showed love for her longtime friend Britney Spears, 40, in her latest Instagram post. The socialite danced against and on top of a bright bubblegum pink car outside while the singer’s new song with Elton John, “Hold Me Closer,” played, in a new video she shared on Aug. 26. She rocked a light pink zip-up hoodie, matching pants with star cut-outs, darker pink sneakers, and sunglasses as she smiled and flipped around her long blonde hair, which was partially up in a high ponytail.

“It’s Britney bitch…and the Queen is officially back!👑🧚‍♀️💖✨ “Hold Me Closer” is out now and I will be playing it on repeat until further notice!😍 So proud of you sis🥹💖 #HoldMeCloser 🥰 #Sliving 💘#ThatsHot 🔥,” Paris wrote in the caption for the post.

Once Paris shared her video and supportive caption, it didn’t take long for her followers to comment. “Most supportive BFF in the world,” one follower wrote while another asked if there would be a collaboration with Britney in the near future. A third called her dance moves “cute” and a fourth gushed over how “beautiful” she looked.

Paris’ support comes after she’s shared a friendship with Britney for several years. They have been photographed hanging out together more than once in the past, and the socialite showed love for the pop star throughout her struggles with her conservatorship. She even stuck by her when she admitted to not believing Paris after she revealed she suffered from “physical, emotional, and verbal” abuse while attending various boarding schools as a teen.

“I know that she didn’t mean it in that way,” Paris said shortly after Britney expressed her opinion about her apparent abuse during conservatorship testimony. “She meant when she saw it, she couldn’t even believe it. What she said was, when people hear that, they’re like, ‘Oh, it’s Britney Spears, it’s Paris Hilton. They have these perfect lives.’ Who is gonna believe — if I didn’t even believe Paris, who’s gonna believe me?’ That’s when she first watched it.”

“I think it was just a misunderstanding on the media’s part,” she added.