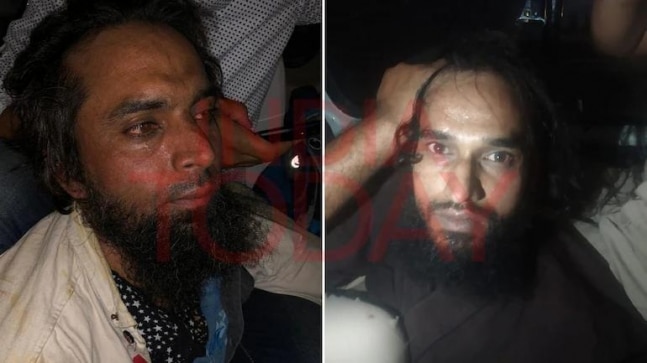 Pakistan on Wednesday rejected Indian reports linking the accused in the brutal killing of a tailor in Udaipur to a Karachi-based Islamist organisation.

Riaz Akhtari and Ghouse Mohammad hacked Kanhaiya Lal to death with a cleaver at his shop in Udaipur (Photo: India Today)

A day after the brutal murder of the tailor, Kanhaiya Lal, in Udaipur, Rajasthan Police said that Ghouse Mohammad, one of the two accused in the case, had gone to Karachi in Pakistan in 2014 and had links with Dawat-e-Islami.

Pakistan in a statement on Wednesday rejected the report calling it “misleading” and an attempt to “malign” the country.

“We have seen reports in a segment of the Indian media referring to investigations into the murder case in Udaipur, mischievously seeking to link the accused individuals, Indian nationals, to an organisation in Pakistan,” said Asim Iftikhar Ahmad, spokesperson, Pakistan Foreign Office.

Adding that such “insinuations” are “typical of the BJP-RSS ‘Hindutva’ driven Indian regime’s attempts at maligning Pakistan including by externalizing their internal issues through pointing of fingers towards Pakistan.”

The gruesome murder of the tailor on June 28, who had reportedly shared a post on social media in support of BJP official Nupur Sharma has shaken the nation. While the perpetrators, Mohammad Riyaz Attari and Ghouse Mohammad, have been caught; the investigations have thrown up more details about the connections of one of the accused with Pakistan’s Dawat-e-Islami organisation.

“One of the accused, Ghouse Mohammad, has links with the Karachi-based Islamist organisation Dawat-e-Islami. He had visited Karachi in 2014. So far, we have detained five people, including the two prime accused,” Rajasthan DGP ML Lather was quoted as saying.

But, the Pakistani foreign office spokesperson said, “Such malicious attempts will not succeed in misleading the people, either in India or abroad.”