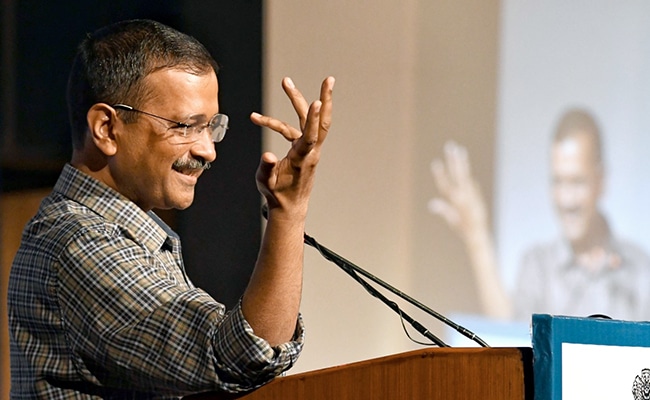 Anyone remember “hawala at midnight”?

Seven years ago, on the eve of the state elections in Delhi, the BJP accused AAP of having received crores in laundered money from dubious companies. Senior ministers were dispatched to TV studios; then Commerce Minister Nirmala Sitharaman referred to Arvind Kejriwal as the “chor”. The two top Twitter trends in India that week were #HawalaAtMidnight and #AAPFundingScam.

But Twitter trends do not elections win. AAP won 67 of Delhi’s 70 seats, and the hawala allegations were quietly put aside.

When it comes to the use of allegations of corruption as a political tool, Arvind Kejriwal and the BJP were comrades before they were adversaries. The Congress and its supporters have long regarded the “India Against Corruption” (IAC) movement as an RSS-BJP operation that used notionally non-political figures as fronts. Anna Hazare may have been the face, the theory goes, but the RSS supplied the crowds. The anti-corruption protests of 2011 and 2012 featured individuals long known to be sympathetic to the BJP (Ramdev, Anupam Kher) as well as others who went on to become BJP leaders (VK Singh, Kiran Bedi). That 2015 Delhi election was a direct contest between two IAC protagonists: Kejriwal and Bedi.

How much actual coordination took place between IAC and the BJP we are unlikely to ever know. But the fact that those protests were mutually beneficial to both Arvind Kejriwal and Narendra Modi does not imply that AAP is or ever was the BJP’s “B-team”. “India Against Corruption” is best understood as part of a long tradition of anti-Congress alliances. Until 2014, the Congress was, more or less, always the central pillar that other parties defined themselves for or against.

Until 2014, the Congress received more votes than any other party at every general election (the Janata Party of 1977 was a de facto coalition rather than a true party). The list of those who worked with the BJP or its predecessors to attempt to bring down Congress governments includes Kamaraj, Rajagopalachari, Jagjivan Ram, Jayaprakash Narayan, Jyoti Basu and Prakash Karat. If this is the standard for entry, then virtually every politician in independent India who has spent time outside the Congress is a member of the BJP’s B-team.

Yet the fact that Kejriwal and Modi were once effectively on the same side-that their rise in national politics depended on the same narrative of Congress corruption-remains hugely significant. If the Congress, to its own cost, continues to believe and propagate the “B-team” theory, the BJP too continues to struggle to accurately understand AAP.

The BJP’s pan-India expansion under Narendra Modi and Amit Shah has depended as much upon the negative rebranding of other parties as on its own platform and record. The BJP’s rebranding toolkit has three principal weapons:

1. Defining the other party as a “Muslim party”, or else as the mere representative of a single caste group: thus the BSP becomes a Jatav party, the SP a Yadav party, the TRS a Velama party, and so on.

2. Defining the other as a party dedicated to the glorification or enrichment of a single family.

This toolkit was developed to fight the Congress, but it has proved rather versatile. Another way of putting it is that the vast majority of India’s parties turned out to be vulnerable to these three weapons, especially when two or all three can be used together.

The second weapon, dynasty, can’t be used against AAP. The first was tried in 2020, when the BJP attempted to turn Delhi’s elections into a referendum on Shaheen Bagh. It will be tried again – and will likely fail again. This is not necessarily to AAP’s credit. AAP’s persistent refusal to stand up for pluralism, and its periodic attempts to outflank the BJP on the right (when it comes to the Rohingya, for instance) are not proof that it is another Hindutva party, they are the cowardice that calls itself pragmatism. The result is a party that has no credibility with minority voters, but also limited vulnerability to Hindutva attacks.

That leaves the third: the weapon that was used in 2015 with “hawala at midnight”, and is being used again, with much more vigour, in 2022. Will it work any better this time?

India’s politics of corruption can be bewildering. The rare politician actually convicted of corruption, like the late Jayalalithaa, is more likely to receive mass sympathy than mass opprobrium. This sympathy does not accrue from the belief that the politician is innocent, but that they have been unfairly singled out. Virtually all voters only experience small-time “retail” corruption. Their views on “big-ticket” corruption tend to be a function of their feelings about the leader or party in question.

Thus the ease with which middle-class voters, who highlighted corruption as a reason for voting BJP in 2014, looked the other way at the creation of electoral bonds and the exemption of political parties from FCRA scrutiny of their past donations from abroad. Thus too the question Arvind Kejriwal asked on the floor of the Delhi Assembly – “Does he [Manish Sisodia] look like a thief to you?” When it comes to corruption, agreed-upon facts are thin on the ground. Feelings are decisive.

Corruption on its own is the weakest tool in the BJP’s kit; it is most effective when combined with the others. Dynastic parties are especially susceptible to claims of corruption, because voters already perceive them as serving the private interests of a family rather than the public interest. Jayalalithaa may have been convicted of corruption, and in 1996 lost an election partly because of the perception that she was corrupt, but over time, she could draw a contrast between herself and her dynastic opponents, and the politics of corruption in Tamil Nadu came to asymmetrically favour the AIADMK.

Corruption on its own is unlikely to prove a sufficient counter to AAP. Nor are attacks on the party’s record in Health and Education. Voters associate these issues with AAP; whether or not they believe all the party’s claims, they don’t expect the BJP to provide a superior alternative. As for the Prime Minister’s attacks on “revdi culture”, his own re-election campaign in 2019 drew extensively on his record of delivering free or subsidised cooking gas, toilets, bank accounts, pucca houses, insurance, and cash transfers. More recently, a crucial factor in Adityanath’s re-election in Uttar Pradesh was his “Maha Abhiyan” distribution of free rations.

When the BJP attacks AAP on “revdi” grounds, what is striking isn’t the hypocrisy-no political party is or can be free of hypocrisy – but the impression that their collective heart isn’t in the charge. They know AAP is somehow different, that a new toolkit needs to be developed, but the tools themselves are elusive.
The BJP’s struggles to understand AAP are rooted in the history of the Sangh Parivar. The Hindutva mind is trained to think in binaries. The movement’s urtext, Savarkar’s Hindutva, is a definitional exercise in establishing who is, and just as crucially who isn’t, a Hindu. There is no spectrum: just the two us-and-them categories.

This tendency towards binaries has proved troublesome, for instance, in the Hindutva attitude towards Sikhism and the inability to accept a faith and a community that are very clear themselves about being neither Hindu nor Muslim. But the BJP’s primary political and intellectual opponents, the Congress and Left, have in general been easy to conceive in binary terms. Effete, corrupt, dynastic, unpatriotic, Western, everything we are not. “Khan Market gang” and “Macaulayputra” are not instrumental caricatures, they represent deeply felt loathings.

AAP, with its Hindi-speaking, culturally-rooted leaders, and its ease with the languages of nationalism and Hindu faith, cannot provoke the same clarity of emotional response. Who are these people? Are they jhola-walas? Socialists? A return to the North Indian Congress of the 1950s, which, Nehru aside, had plenty of Hinduism in its nationalism? Are they just like us, but pretending otherwise? Or are they something actually new?

It should be emphasised that these two parties are still a long way from being rivals. One is a party that, in 2019, won more votes than any other in 18 of our then 29 states, and came a close second in two others (West Bengal and Odisha). The other, at present, has exactly zero Lok Sabha MPs.

Yet whether or not voters or pundits take AAP seriously, it is clear that the BJP does. Until now, the BJP’s rebranding toolkit has eliminated or damaged every opponent, except for a handful of regional parties (like the YSRCP and BJD) with no ambitions beyond their state. How large a challenge AAP poses remains to be seen. But the newness of the challenge is clear.

(Keshava Guha is a writer of literary and political journalism, and the author of ‘Accidental Magic’.)