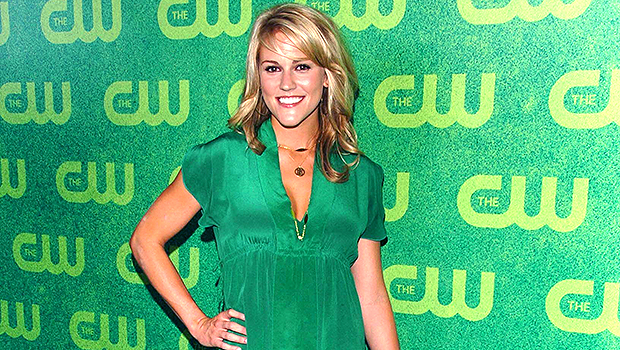 One Tree Hill star Bevin Prince, 39, is in mourning over the sudden death of her husband William Friend, 33, who was killed on Sunday, July 3, after his boat was struck by lightning off the coast of Wilmington, North Carolina. As condolences continue to pour in for Bevin, who was married to William since 2016, Bevin’s longtime friends and former co-stars Sophia Bush, 39,  Hilarie Burton, 40, Danneel Ackles, 43, and Kate Voegele, 35, have taken to social media to share their support.

After learning of sad and tragic news, Sophia shared a photo of Bevin and William on her Instagram story. In the photo, the two were smiling and laughing as Bevin cuddled up close to William. Her hand was touching his chest as his arm was wrapped around her waist, holding her close. In the caption, Sophia wrote, “Heartbroken and at a loss. Our family is grieving for one of our own. Please lift up @bevinaprince in whatever way you are able. Show her the love she deserves; the love her husband always showed her.”

Bevin’s former co-star Hilarie shared a touching tribute to William as well. She shared a black and white photo of herself with Bevin and Deneel in happier times. In the caption, she wrote, “In every group of friends, there’s always the ‘strong one’. They’re the ones who show up when things are difficult. They bring laughter and light to dark corners. It’s important to protect those friends, cause they’ll never ask for help. Our friend @bevinaprince is one of those strong ones. She is light personified. As some of you know, her beloved husband @britwilliam passed this week. It’s unfathomable. Bevin is a huge part of our OTH family.” Hilarie also shared a link to a GoFundMe page, which is collecting donations that will go towards William’s favorite charities.

Danneel also posted a tribute to William and shared a series of photos of Bevin and William together. In a lengthy caption, Danneel wrote, “It is hard to find the words to describe the loss of someone like you Will. You did more in your 33 years than most will do in a lifetime. Your curiosity and zeal for any new adventure was infectious. You had a way of encouraging people to push their limits and reach for potential only you could see. Nothing was ever out of reach for you or those in your orbit.”

Danneel continued, “But of all your accomplishments, and there were many, I know you would say that finding Bevin was your greatest. You two had big love. That special larger than life love that evades even those who spend their whole lives seeking it. As I look around at the home you made, and the beautiful memories and photos you decorated with I am so glad you found each other if only for awhile, and lived in such love. We will miss you forever.”

‘One Tree Hill’ Cast 19 Years Later: Where Are They Now?

Lastly, Kate posted a similar message to Bevin on her Instagram story. Alongside the beautiful photo of Bevin and William that was shared by Sophia, Kate wrote, “If you are able, please donate to help our dear friend Bevin and her family honor Will’s memory. He was such a beautiful person and will be so very missed.” As fans know, the former co-stars rose to fame in 2003, when the hugely popular show debuted. It ended nearly 10 years later, in 2012.