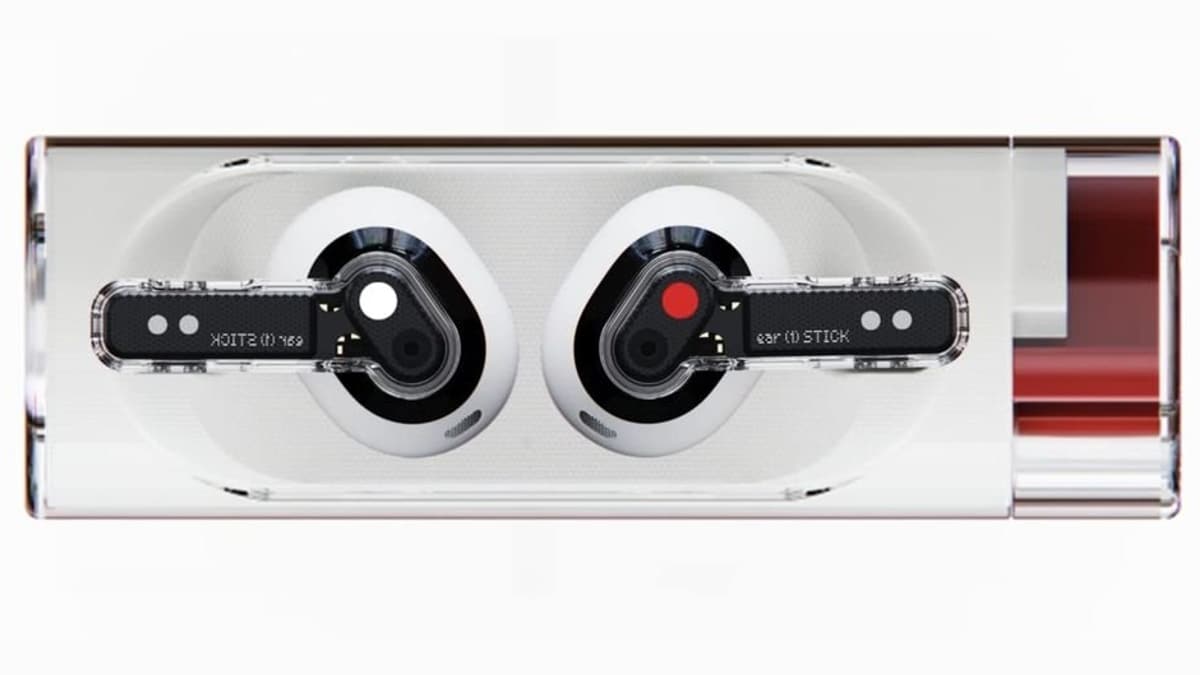 Nothing Phone 1 launch is just around the corner. But ahead of the official debut of its phone, Nothing is tipped to be working on its new truly wireless stereo (TWS) earbuds that would be called the Nothing Ear 1 Stick. The earbuds could carry a semi-transparent design similar to that of original Ear 1 earbuds. However, there could be slight changes to offer a new look. The Nothing Ear 1 were launched by the UK-based company last year.

Tipster Mukul Sharma has tweeted to claim the launch of the Nothing Ear 1 Stick. The tipster also shared an image purportedly showing the design of the earbuds.

Sharma separately told Gadgets 360 that the Nothing Ear 1 Stick would not launch alongside the Phone 1 that is debuting on July 12. This suggests that the earbuds could come at a later stage.

Nevertheless, the image shows that the Ear 1 Stick would come with the design that could be similar to that of the original Ear 1 earbuds, with the same Red and White direction marks. The charging case of the new model would, however, come in a rectangular shape — unlike the square-shaped case of the Ear 1.

Nothing is likely to continue using its semi-transparent design on the Ear 1 Stick to make them paired with the Nothing Phone 1 that is also coming with a transparent back.

Other details about the earbuds are yet to be revealed.

Last year, the Nothing Ear 1 were launched at Rs. 5,999. The truly wireless stereo (TWS) earbuds came with 11.6mm dynamic drivers and include Bluetooth v5.2 connectivity. There is also support for both wired and wireless charging.

The Ear 1 come with active noise cancellation (ANC) and include touch controls. There are also features including a transparency mode and in-ear detection. Moreover, the earbuds are rated to deliver up to 34 hours of battery life in total — with the bundled case.

Can Nothing Ear 1 — the first product from OnePlus co-founder Carl Pei’s new outfit — be an AirPods killer? We discussed this and more on Orbital, the Gadgets 360 podcast. Orbital is available on Apple Podcasts, Google Podcasts, Spotify, Amazon Music and wherever you get your podcasts.