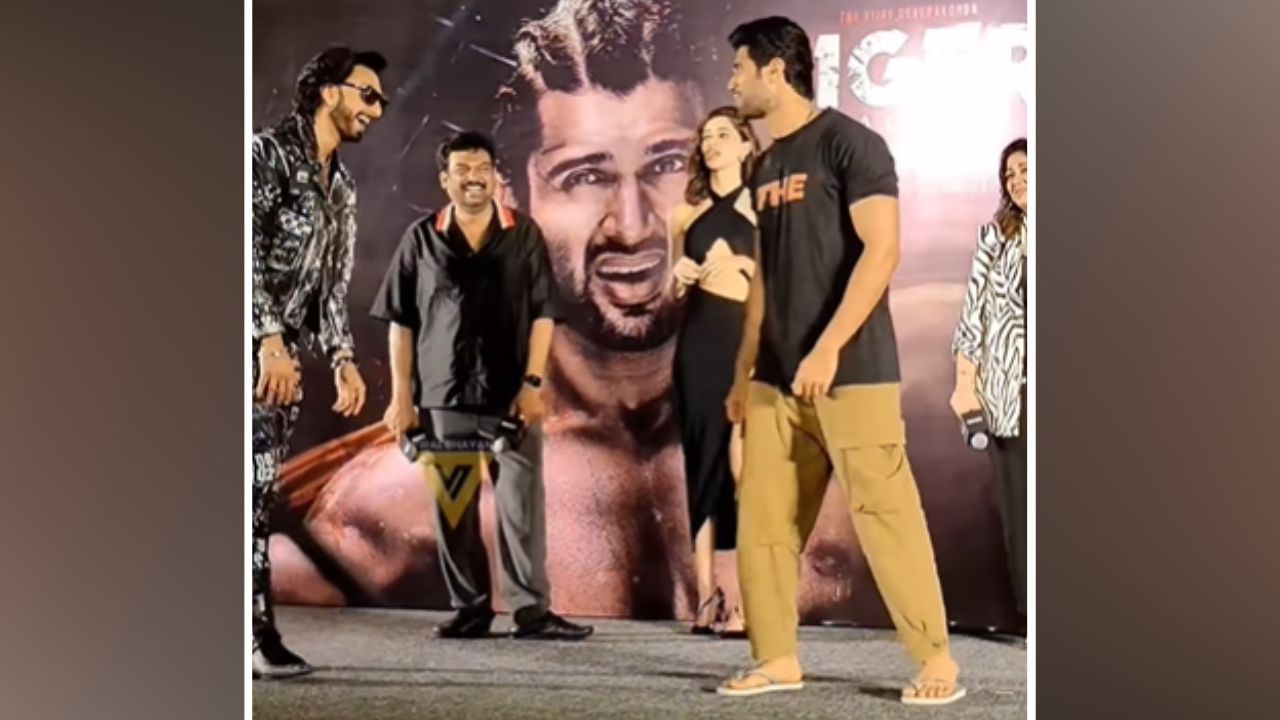 Let us tell you that for some time the difference between the actors of Hindi cinema and South cinema has been a matter of debate on social media.

Vijay was seen wearing chappals at the trailer launch of Liger

A video of the event is becoming very viral on social media. In the video you will see that the first song of Liger is playing in the background. First of all Ranveer Singh comes and tries to do the hook step of the song. After this he asks Vijay Deverakonda to dance with him from foot to foot. After which Vijay is seen doing the hook step of his song. After this, Vijay and Ranveer also make Ananya dance.

Fans were in awe of Vijay Deverakonda’s simplicity

The most special thing about this video is that Ranveer Singh is seen in full branded clothes in this. She has donned a black color outfit, which once again shows her atrangi avatar. On the other hand, Vijay Deverakonda arrived wearing very simple clothes. He was wearing a black T-shirt and was paired with a cargo trouser. There were normal slippers on the feet. There was a smile on his face, which was telling that the glare of Mayanagari does not affect him.

This simple look of Vijay Deverakonda was well-liked by his fans. On one hand, where users are praising Vijay Deverakonda on his look. On the other hand, Ranveer Singh is being trolled. Users are saying that on one hand, where Vijay is in a simple look. At the same time, Ranveer Singh is in an atrangi look. Some people are even saying on the dressing style of both that this thing is telling how much difference there is between Bollywood and Tollywood.

Let us tell you that for some time the difference between the actors of Hindi cinema and South cinema has been a matter of debate on social media. Except for one Bollywood film, none of the Bollywood films could do a great collection at the box office in the films released after the pandemic. At the same time, if we talk about Tollywood, whichever film was released, it rocked the box office. In such a situation, users have started talking about the difference between the films of South and Bollywood actors and their personal lives.