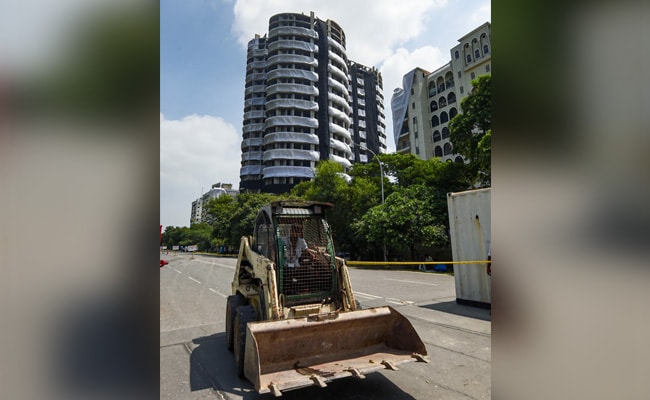 Diversions would be placed on roads leading to the Supertech twin towers in Noida.

Noida:
With less than a day to go for the demolition of the Supertech Twin Towers in Noida, authorities are conducting final checks of explosives and other arrangements. The demolition will be carried out at 2.30 pm tomorrow.

Here are 10 latest facts on the big story: