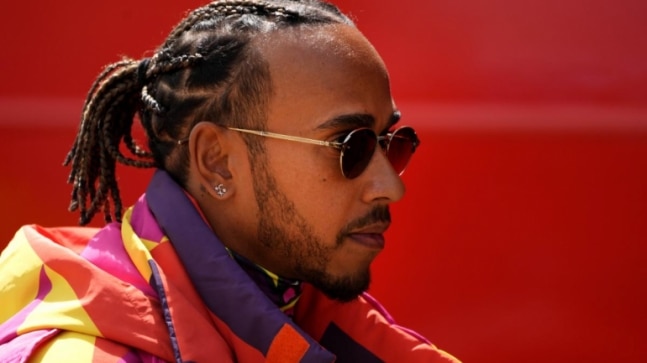 Nelson Piquet has apologised for his comments on Lewis Hamilton and also said that his remarks were incorrectly translated.

Former Formula One World Champion Nelson Piquet has apologised for his ‘ill thought out’ comments on Lewis Hamilton but has denied that it was racist or meant to offend anyone.

Piquet made his comments on the Mercedes driver on a podcast in Portuguese and it was claimed that he used racist terms to describe the seven-time World Champion.

Piquet’s remarks were condemned by the F1 community with Hamilton demanding change in ‘archaic mindsets.’ The Mercedes driver received a lot of support from his peers.

Now, in a statement, Piquet has issued an apology for his comments and said his remarks were ‘ill thought out’ but went on to clarify that the term used wasn’t meant to offend anyone.

“What I said was ill thought out, and I make no defence for it, but I will clarify that the term used is one that has widely and historically been used colloquially in Brazilian Portuguese as a synonym for ‘guy’ or ‘person’ and was never intended to offend.”

“I would never use the word I have been accused of in some translations. I strongly condemn any suggestion that the word was used by me with the aim of belittling a driver because of his skin colour,” said Piquet.

The former World Champion also said that Hamilton is an incredible driver and his comments were translated incorrectly. He ended his statement by saying that discrimination doesn’t have a place in the sport.

“I apologise wholeheartedly to anyone that was affected, including Lewis, who is an incredible driver, but the translation in some media that is now circulating on social media is not correct. Discrimination has no place in F1 or society and I am happy to clarify my thoughts in that respect,” said Piquet.

Recent reports by the British media have suggested that Piquet will be banned from the F1 paddocks for his comments on Hamilton.