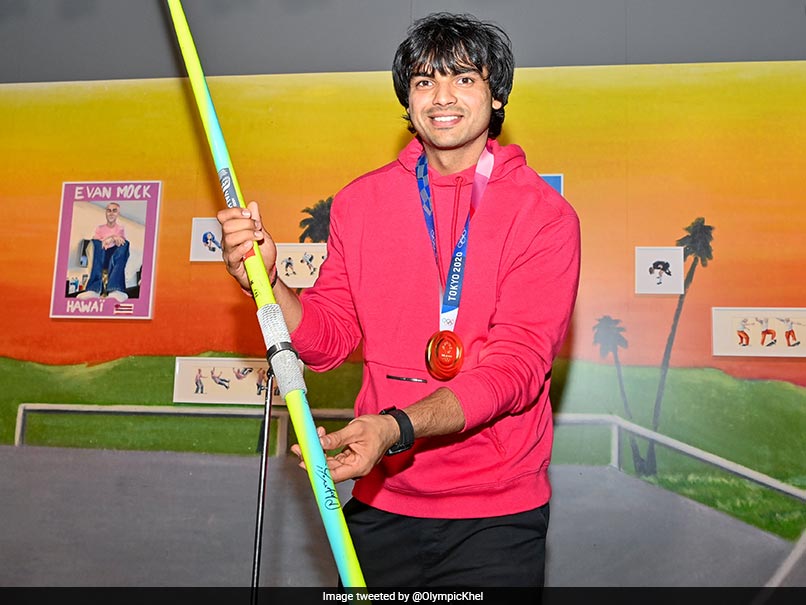 Neeraj Chopra has gifted his historic Tokyo Olympics gold medal winning javelin to the Olympic Museum in Lausanne, Switzerland. The Indian, who became the first track and field athlete from the country to win an Olympic medal at Tokyo last year, on Saturday gifted his most-prized javelin to the museum. “For any athlete, it is a great honour to be able to inspire others,” Chopra, who won the Olympic gold with a throw of 87.58m, told Olympics.com.

The museum has a rich collection of 120 years, which includes the rifle of Abhinav Bindra, who became the first Indian to win an individual Olympic gold at Beijing 2008.

The museum is managed by the International Olympic Committee’s Heritage team with an objective of securing Olympic legacy.

“I can see Abhinav Bindra’s rifle at the museum which gives me tremendous motivation. I hope my javelin has the same impact on future athletes, especially from India,” Chopra added. Bindra, who is also a member of the IOC Athletes’ Commission, was also present on the occasion.

“I am delighted that his javelin will now join my rifle at the Olympic Museum, which has been a bit lonely in terms of Indian company so far,” an emotional Bindra said.