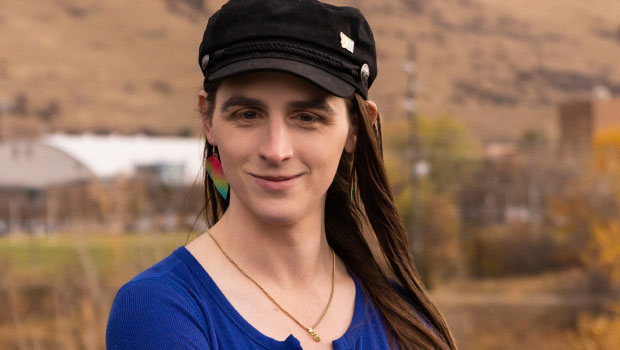 Zooey Zephyr, 33, was in New York City when she interviewed with HollywoodLife. And she seemed at home there as we spoke in August, ahead of the monumentally important midterm elections. But the Missoula, Montana candidate, who is running for State House District 100, has work to do back home — a lot of it. “It feels like oftentimes you are caring, tending to wounds left by individuals acting cruelly,” said Zephyr, 33, who is an outspoken member of the trans community and a first-time candidate. “Or a government, whether through negligence or malice, has hurt a group of people.  And in the queer community that has historically been the case, and it feels like that.”

Zooey, 33, works as the Program Manager at the University of Montana’s provost’s office, managing the administration of the curriculum approval process, overseeing the program and center review process, and handling the departmental unit standards review process. She says she’s been doing activism in the trans community since 2020, which makes her relatively new to politics.

By 2021, as she expanded her efforts, it was clear to her that Montana needed to make some changes. “In 2021, watching how the right was attacking queer folks, I went and I testified before the legislature,” she explained. “I met with the Governor’s office, going in for trans rights in Montana. And it was like talking to a group of people who had their ears closed. They didn’t want to hear it.”

Zooey counts herself lucky on one point — she describes her resident city, Missoula, as “liberal, a very progressive city.” “I had been working with the city of Missoula on human rights legislation to try and to help the city,” she said. “I was seeing a lot of support for human rights in my town.” But, she noted, “at the state level, it wasn’t.” And that concerned her.

She recounted a pivotal moment — the very moment that drove her to run for office. “I was tracking all those bills going through the legislature,” she said. “And on March 1 of 2021, I saw a handful of them go through and pass. I watched two bills in particular pass with one vote margins in the senate. And I remember thinking, ‘I could’ve made a difference there. I know damn well that I could’ve changed the heart if I had access to these people the way the legislators do. The left in Montana was doing ok fighting for queer rights. But to watch two anti-trans bills pass by one vote and not have a trans person in the room. That was it for me.”

Zooey didn’t waste any time. The soft-spoken, articulate Democrat immediately took to social media to make a public statement. “I turned out a tweet that day that said ‘we need trans representation. I’m going to run.”  Zooey says her area, District 100, “covers two main neighborhoods. The ‘slant streets’ and the east half of ‘Franklin to the fort’ in Missoula,” she explained. “That said, it could also be said that the district covers the area west of the University of Montana, and south of downtown. They are neighborhoods with largely single-family homes, and a split of about 40/60 renters/home owners.”

Herschel Walker’s Son & His 3 Other Secret Kids: Everything To Know

After defeating Dave Severson in the Democratic primary on June 7, 2022, she’s now ready to face off with her Republican opponent, Sean Patrick McCoy — also a first-time-candidate — in November. As a Libertarian, Michael Vanecek is also competing. When asked about what her Republican opponent stands for, Zooey seemed to indicate that he didn’t have “much information” released. “I cannot speak much about my opponent, as we have only had one brief conversation, and as far as I am aware, his campaign has not pushed out much information regarding policy,” she said.

She’s correct; a search on McCoy yielded very little information on his campaign or his stances. Zooey, on the other hand, is quite clear on where she’s coming from. Per her campaign website, she describes herself as “a progressive, bisexual trans woman, and I am running for office because I believe that the best way for me to fight for social & economic justice is to get into the room where the laws are being written.”

And her causes go above and beyond Montana. As the interview unfolded, it inevitably touched on the ending of Roe V. Wade. “It’s unspeakable and it’s been on their agenda,” she said of June decision. “It’s been clearly the strategy. I was on a conference about abortion rights in states and one of the conversations that I had was that I feel, post-Roe, that a lot of the people I’m talking to are starting to understand these issues intersectionally. And they’re starting to say ‘abortion care is actually like disability care.’ And so progress is happening.”

Certainly it is. And for Zooey, it will start right at home in Missoula, Montana. “When I sat down with senator Bryce Bennett, what he told me was that, the ‘good news is you can do it, the hard truth is, you’ve gotta be in the room. If you wanna make a difference, get in that room.’ So I’m getting in that room.”