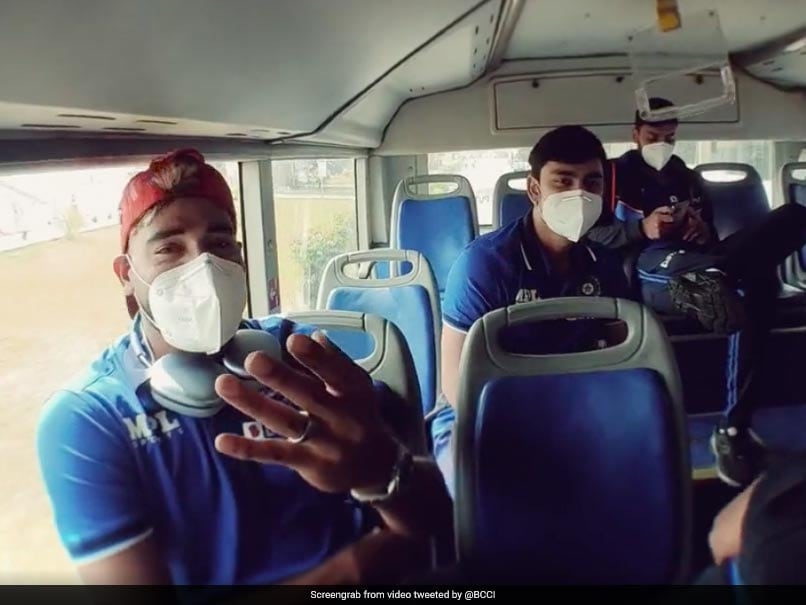 A motivated Indian men’s cricket team are in a festive mood as the likes of Mohammed Siraj, Ishan Kishan, and Kuldeep Yadav were seen enjoying and singing a popular Bollywood track on their bus ride to the airport ahead of the second T20I against Sri Lanka in Dharamsala. The first T20I in Lucknow was dominated by the home side with a comfortable 62-run victory. With back-to-back wins in the format, India looked a confident and a tension-free bunch as it made its way to Dharamsala with a backdrop of the beautiful Himalayas.

The fun video was shared by the Board of Control for Cricket in India (BCCI) on its official Twitter handle with a caption that read:

However, India did receive a blow on Saturday morning as batter Ruturaj Gaikwad was ruled out due to a “right wrist joint” problem. He was replaced in the squad by Mayank Agarwal.

In a release, the BCCI said: “He had complained of pain in his right wrist joint ahead of the first T20I in Lucknow on Thursday and was examined by the BCCI Medical Team.”

“The All-India Senior Selection Committee has added Mayank Agarwal to India’s squad for the remaining two T20Is. Mayank has joined the team in Dharamsala.”