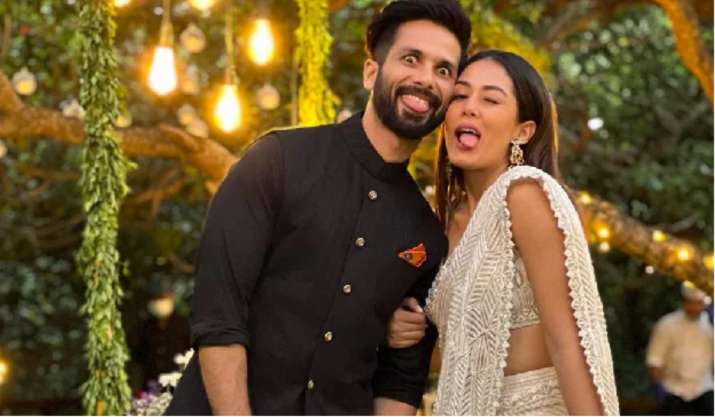 Mira Rajput and Shahid Kapoor: Shahid Kapoor and Mira Rajput are holidaying in Italy and sharing pictures from their travel diaries, the pictures are so stunning that the internet is constantly going viral. But you will be surprised to know that these days Meera is craving for food. Mira Rajput herself has revealed the trouble she faced due to her being a vegetarian on social media.

such posts in anger

Mira Rajput posted two Instagram stories in which Mira revealed that the resort where they stayed had limited food options and dirty sheets. He wrote, “Beautiful Sicily. Skip @verduraresortsicily if you are an Indian or a vegetarian. There are limited options here instead of comforting vegetarians. Bad linens and dirty sheets… no one to complain, but… Heading to Palermo now!”

Meera was disappointed during the vacation

Further, explaining how vegetarianism is now a “global moment”, Mira expressed her dismay at the insensitivity of hotels towards food related needs. He wrote, “At a time when vegetarianism is a “global moment” and an age-old way of life (5-7 years ago when it was unheard of to make anything without eggs), it is disappointing when large hotels offer vegetarian food to the masses. You seem insensitive to the food, even if previously reported. Removing meat from any dish doesn’t do you any good. And please—chopped fruit is not a dessert.

Shahid also narrated the problem of his wife

Shahid Kapoor also shared a video on social media explaining the difficulty in finding vegetarian food in Italy. Now seeing the condition of both of them, their fans are expressing their displeasure over the management of the hotel.

Shahid was seen in this film

Shahid Kapoor was last seen in the sports drama ‘Jersey’. The film, directed by Gowtham Tinnanuri, also starred Mrunal Thakur and veteran actor Pankaj Kapur. ‘Jersey’ was the Hindi remake of the Telugu film of the same name. Nani played the lead role in this. Jersey was released on 22 April.

OTT Movies, July 2022: Take fun from ‘Vikram’ to ‘Prithviraj’ on OTT in July, these powerful films are coming

Deepika-Ranveer is included in the list of richest power couple, these star couples also have billions of wealth