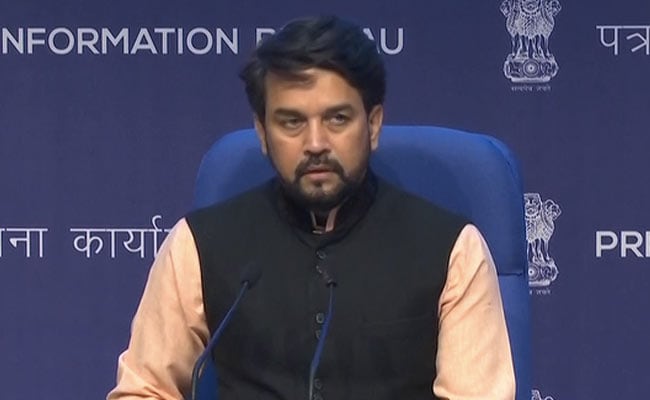 Information and Broadcasting Minister Anurag Thakur on Saturday called for introspection by media houses of their functioning after Chief Justice of India NV Ramana said kangaroo courts by media were detrimental to the health of democracy.

Speaking at the National Broadcasting Day function at All India Radio here, Mr Thakur said CJI Ramana’s remarks raised questions on the credibility of the media.

“We need to introspect whether we have crossed the ‘Lakshman Rekha’ while delivering news,” Mr Thakur said.

“I wish to urge friends in the media that if such an impression is being created, there is a need for introspection,” he said.

Agenda-driven debates and kangaroo courts being run by the media are detrimental to the health of the democracy, CJI Ramana said in Ranchi.

The CJI said media trials affect the fair functioning and independence of the judiciary. Addressing the gathering, Mr Thakur said that some people surmised that radio was going to have an existential crisis with the advent of television and subsequently the internet. However, radio has identified its audience and not just maintained its relevance but also its credibility, he said.

“When people want to listen to unbiased news, they naturally tune in to All India Radio and Doordarshan news. That 92 per cent of the country’s geography and over 99 per cent of people are covered by All India Radio is a commendable achievement,” he said.

Minister of State for Information and Broadcasting L Murugan highlighted the important role played by radio during the freedom struggle when many freedom fighters employed it as a tool for communication against the British imperial government.