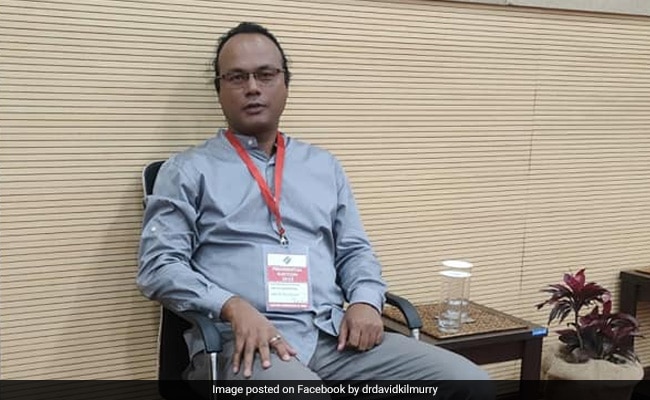 73 people have been arrested in the case so far.

In a major embarrassment for the BJP, police in Meghalaya are looking for their state unit’s vice president and former militant leader Bernard N Marak alias Rimpu after a case of “immoral trafficking” was registered against him in Tura of West Garo Hill districts.

The case was filed following raids at a resort owned by Bernard N Marak on the intervening night of Friday and today where six children were found “locked inside dingy cabin-like unhygienic rooms”. Meghalaya Police has claimed that a ‘brothel’ operated from the resort and that the BJP leader is evading arrest. 73 people have been arrested in the case so far, all have been produced in court.

“All the children were in a state of shock and were unable to speak properly. From the materials recovered at Rimpu Bagan as well as the design of the building etc., it appears that the place was being used by Bernard N Marak alias Rimpu and his accomplices as a “brothel” for the purpose of prostitution,” police said.

Bernard N Marak is an elected member of the Garo Hill Autonomous District Council and has been making headlines for attacking the ruling Meghalaya Democratic Alliance (MDA) government in the state, where his party, the BJP, is a partner.

Mr Marak has however sent out press releases to the media in the state capital Shillong claiming that raids were carried out without any warrant and alleged that chief minister Conrad Sangma is ‘targeting’ him. He said that the police has linked the raid to a Protection of Children from Sexual Offences Act (POCSO) case registered in February. The Meghalaya unit of the BJP is tight-lipped and is yet to make any official statement.

Cops said a woman had lodged a missing complaint for her minor daughter who couldn’t be located for a week. She was traced to Tura by the girl’s relatives.

“Later, it was ascertained that the minor was sexually assaulted multiple times over one week,” police said, adding that a case was then registered under the POCSO Act.

The girl reportedly said in court that she and her friend were taken to Rimpu Bagan by the main accused and one of his friends. They hired one room and sexually assaulted her there multiple times, she added.

“Apart from the instant case, multiple verbal complaints were being received by respectable residents of Tura town area that many immoral activities are going on at Rimpu Bagan owned by one Bernard N Marak,” a police statement said.

On arrival at Rimpu Bagan, the search team noticed a three-storied building (2 floors in the basement and 1 floor above ground level) with around 30 small rooms, cops said.

This building was suspected to be the place where the minor girl was sexually assaulted.

“The team also noticed many young boys and girls openly drinking on the premises, inside the rooms as well as inside vehicles. Some of them were sitting inside the vehicle without clothes or with very less clothes on their bodies. Accordingly, the search team detained all these boys and girls numbering around 68 for interrogation. Some managed to run away taking advantage of the darkness. The search team also apprehended the manager, caretaker and other three staff. Later, the whole premise was searched in presence of independent witnesses and 36 vehicles, 47 mobile phones, 168268 ml liquor, huge quantities of contraceptives (condoms) and other incriminating materials” the Superintendent of Police of West Garo Hills Vivekanand Singh said in a press release.