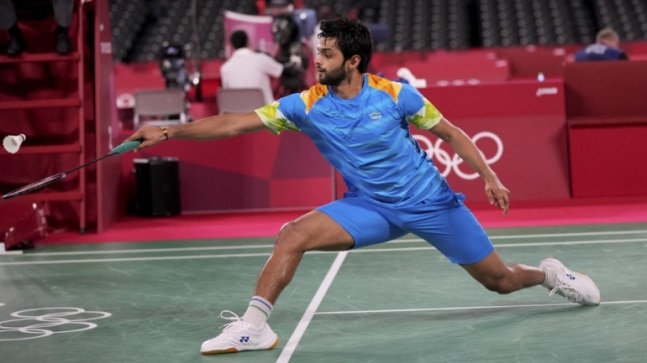 Indian shuttler B Sai Praneeth kickstarted his Malaysia Masters 2022 campaign with a straight-sets win over Guatemala’s Kevin Cordon on Wednesday. Praneeth defeated Cordon 21-8, 21-9, in a match that lasted for 26 minutes to storm into the second round.

On the other hand, India’s Sameer Verma lost his first men’s singles clash of the ongoing Malaysia Masters 2022 against Taiwan’s Chou Tien-Chen. Chou Tien-Chen defeated Verma 10-21, 21-12, 21-14, in a match that lasted for 52 minutes, here on Court 3.

Earlier on Tuesday, Malvika Bansod lost to Malaysia’s Goh Jin Wei in the first round of the women’s singles category. Playing in court 2, Bansod lost the match by a margin of 21-10, 21-17. Her Malaysian opponent was dominant, winning the match in two straight games. On court 1, the Indian duo of Treesa Jolly and Gayatri Gopichand Pullela lost in the first round to the Malaysian duo of Thinaah Muralitharan and Tan Pearly in the women’s doubles category.

Later in the day, Olympic medalist PV Sindhu will be going up against China’s He Bingjiao in the women’s singles clash, while HS Prannoy will be facing France’s Brice Leverdez. Saina Nehwal will also be in action against South Korea’s Kim Ga-eun.