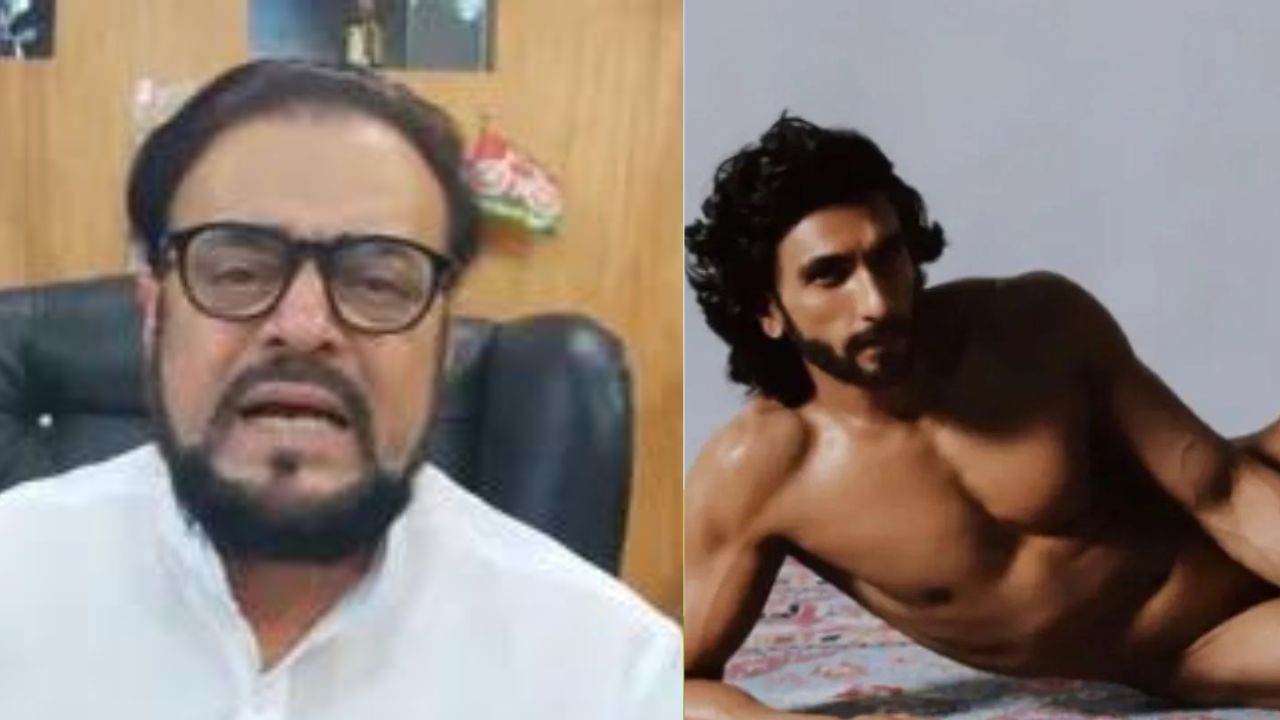 Abu Azmi said that today difficulties are created at different places for wearing hijab. Hijab wearers are not allowed to sit for examinations. If there is a security issue then it can be checked in person, but how can the hijab be taken off?

‘How can you roam barefoot in public places?’

Abu Azmi said that you cannot roam naked in public places. It is not only immoral but also illegal. But further Abu Azmi says, ‘I am not a big man to bring a case against Ranveer Singh. I am a very small man. Who will listen to me? I have put this question before the public court. He should decide what the public has to accept.

After this nude photo shoot of Ranveer Singh, different types of reactions have started coming from across the country. This photo is becoming increasingly viral in social media. Many types of memes are being shared on this. People have been surprised by Ranveer Singh, who is fond of well-dressed clothes, suddenly going naked.


Reaction also given on changing the names of Aurangabad and Osmanabad

Abu Azmi also opposed the renaming of Aurangabad to Sambhaji Nagar and Osmanabad to Dharashiv. He said, ‘Whatever Aurangzeb did, he did it for politics and power. Aurangzeb never did Hindu-Muslim. Do you want to erase the name that has been going on for centuries? Similarly, during the Sino-India war, Osman Ali gave six tonnes of gold to the Indian government. You want to remove their name and name the city after a cave? You should set up new cities, name them whatever you want, but this politics of changing the name is not right at all.