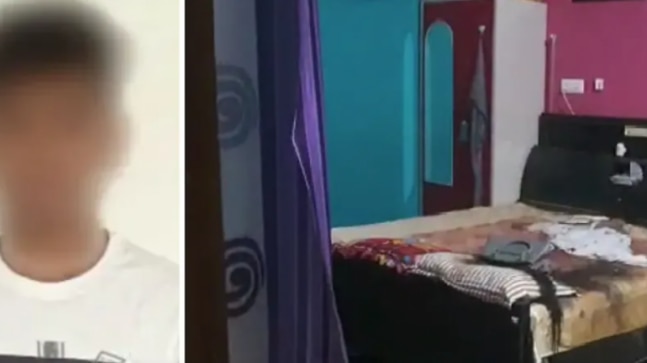 The 16-year-old boy, who has been accused of killing his mother, had stepped out of his house on a two-wheeler to meet someone, his sister claimed. The sister of the accused said that the boy locked her in a room in a hurry and went out of the house at 2 am to meet someone.

The boy had stepped out of his house on a two-wheeler to meet someone after killing his mother, his sister claimed (Photo: India Today)

In yet another twist in the Lucknow PUBG murder case, a new revelation has come to the fore which indicates the involvement of another suspected accused in the murder case. Police are trying to find out the alleged involvement of a third person in the sensational murder case. The younger sister of the teenage boy claimed that hours after allegedly killing his mother, the 16-year-old boy went out of the house on a two-wheeler to meet the suspected accused at 2 am.

Earlier this month, a 16-year-old boy allegedly killed his mother after being forbidden from playing mobile games in Uttar Pradesh’s Lucknow. The boy shoved the dead body into a room and hid it for three days and locked his younger sister in another room.

BOY WENT TO MEET SOMEONE

According to the information, the suspected accused has been keeping an eye on all the events that have unfolded since the crime occurred. The victim’s sister told the family members that on the day of the incident, the boy went out to meet someone on his two-wheeler at 2 am in the night. What is even more surprising is that the boy does not know how to drive a scooty but still, he went out after allegedly killing his mother.

The victim’s sister said, “Bhaiya locked me inside a room in a hurry and went out to meet someone at 2 am.” However, these details were not shared by the police with media persons.

The family members of the teen have been claiming that the child has been falsely framed in the murder case. The suspected accused has reportedly taken advantage of the child’s hatred towards his mother to execute the murder, adding that the murder had been done by someone else.