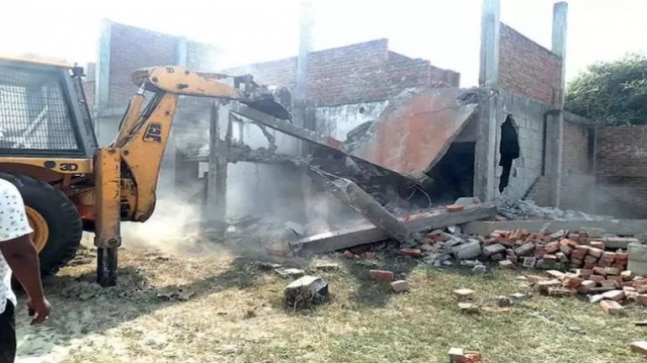 During an anti-encroachment drive, the Lucknow Housing Development Council ran bulldozers over illegal buildings at Indira Nagar in Sector 16 on Saturday.

A six-member team of the civic body’s construction department swung into action.

Top officials of the Lucknow Housing Development Council were also present during the drive.

The teams demolished illegal encroachment on Sector 16/1405. The Municipal Corporation and Lucknow Development Authority have been issuing notices to owners of buildings built on encroached land.