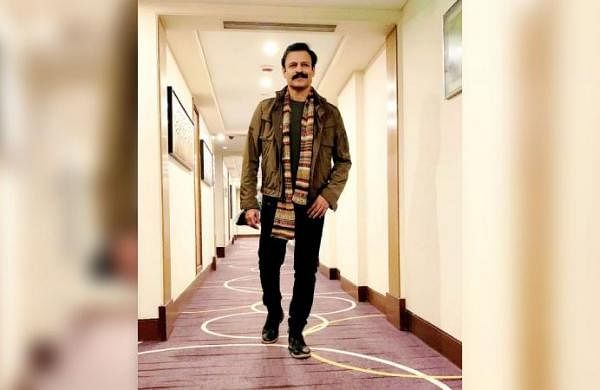 MUMBAI: Praising the democratic nature of the streaming world, actor Vivek Oberoi says the digital medium has empowered talent, their background notwithstanding.

Oberoi, who made his acting debut 20 years ago with Ram Gopal Varma’s acclaimed gangster drama “Company”, was one of the early Bollywood actors to foray into the OTT with the Emmy-nominated sports-drama “Inside Edge”.

“I love the democracy of OTT. I hope it stays. I felt empowered outside of lobbies. On OTT, it doesn’t matter who you are, what you do matters. If your work is good, you will get appreciation,” the actor, also known for “Saathiya”, “Omkara” and “Shootout at Lokhandwala”, told PTI in an interview here.

There are no trappings of the number game or fight to get maximum screens to release a movie on over-the-top (OTT) platforms, he added.

“It is extremely liberating because it does not come with the paraphernalia of what Bollywood had become. Everyone talks about the number of theatres in which a film releases, the cost of promotion, publicity, the lobby. There are people who single-handedly have so much power that they can crush somebody else. All of that goes away on OTT.”

Following the success of his Prime Video sports series “Inside Edge”, the actor said he received quite a few offers but chose to opt for diverse projects like “Dharavi Bank” and Rohit Shetty’s upcoming series debut “India Police Force” with Prime Video.

The show is directed by Samit Kakkad, best known for films like “Ascharyachakit!” and “Half Ticket”.

Describing his character as an enigma, Oberoi said playing Jayant Gavaskar was a “big challenge”.

“Jayant Gavaskar is somebody who thinks something, says and does something else. He is a passionate and fearless man. He says the world is not a fair place and he puts his and his team’s life at risk but he feels responsible. All this was a big challenge,” he said.

Reflecting on his fewer appearances in Hindi films, the 46-year-old actor lamented about the lack of work opportunities from noted filmmakers.

“As an actor, you do your job, you perform well, you get appreciated, and you shine when given an opportunity. But the opportunity needs to come from the other side. There needs to be good producers and directors, like Rohit who said he wrote this (role in ‘India Police Force’) with me in mind. And I have poured my heart and soul into it,” he added.

Amidst the lull phase, Oberoi said it was the love of his fans that helped him sail through testing times.

ALSO READ | I am attracted to grey characters: Vivek Oberoi

“The source of my strength is my fans,” he said, recalling the advice of his actor-father Suresh Oberoi that the love of the admirers should never be overlooked.

“I remember when I started my career and I had fans crowding me, my father saw that. I was signing autographs, pictures, and he said, ‘Never forget that you are here because of the fans’. That is so true. My fans have supported me time and again.”