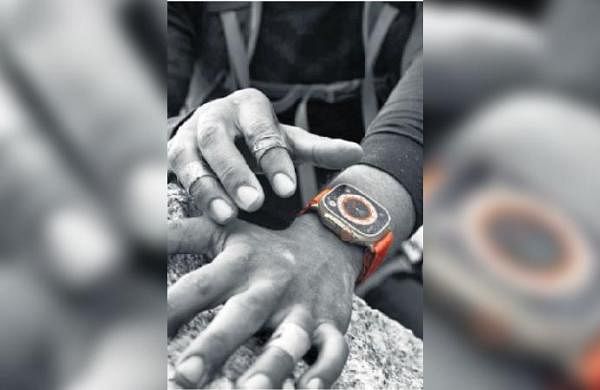 Po Hansel and Gretel’s story would have been so different had the birds not eaten away the breadcrumbs little Hansel left as a trail back to his home from the woods in the German fairytale.

Now, Apple is rewriting the classic by adding a redesigned Backtrack feature—creating a virtual breadcrumb trail—that could have helped the boy track the route back to his home. The tech giant has made getting lost so 2021.

On September 7, the brand announced the redesigned feature while launching the Apple Watch Ultra, a time-teller inspired by the most extreme activities. The Backtrack feature in the Compass App uses GPS data to create a path showing where the user has been. It can also turn on automatically in the background when off the grid.

By pressing the Action button, users can quickly drop a Compass Waypoint, and start or view a Backtrack. An 86-decibel siren (the recommended exposure limit for human hearing and as loud as a traffic junction with heavy traffic) designed for emergencies gets activated if the user gets lost or injured and repeats for several hours till turned off.

The siren has two sound patterns: the first is a distress sound while the second mimics the universally recognised SOS pattern. Backtrack is targeted for remote settings and areas without internet connectivity or wi-fi.

The revamped Compass app offers in-depth information and three kinds of views, including a hybrid view that shows an analogue compass dial and a digital view simultaneously. Users have to turn the Digital Crown (the rotating button on the side of the Apple Watch), which shows the latitude, longitude, elevation and incline, as well as an orientation showing Compass Waypoints and Backtrack.