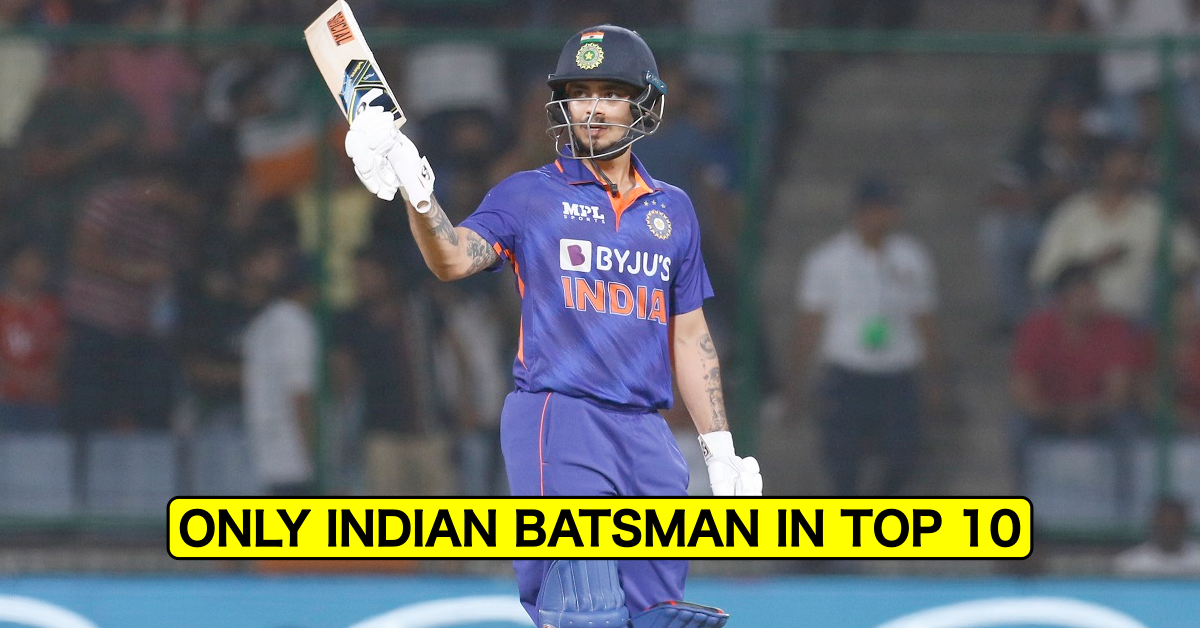 The latest ICC Men’s T20I Players Rankings have been announced and the young India National Cricket Team wicketkeeper-batsman Ishan Kishan is the lone Indian batter in the top 10.

Ishan Kishan, who was bought by the Mumbai Indians (MI) for INR 15.25 crore at the Indian Premier League (IPL) 2022 mega auction, was unable to perform very well in the cash-rich league.

After the Indian Premier League (IPL) 2022 he got the opportunity to open the innings for India in the five-match T20I series against South Africa at home in the absence of India captain Rohit Sharma, who has been rested for the series, and KL Rahul, who has been injured and ruled out of the series.

So far the young left-handed batter has done a brilliant job for the Indian team and he has provided India with good starts.

In the first game at the Arun Jaitley Stadium in Delhi, he scored 76 runs and in the second game, he scored 34 runs at the Barabati Stadium in Cuttack unfortunately both his knocks came in a losing cause.

However, he smashed brilliant 54 runs in the 3rd T20I, which helped his team win the match, at the Dr Y.S. Rajasekhara Reddy ACA-VDCA Cricket Stadium in Visakhapatnam.

The young India opening batsman Ishan Kishan is the biggest mover in the latest ICC Men’s T20I Batting Rankings after his performance in the home T20Is against the Temba Bavuma-led South Africa.

Ishan Kishan, who is India’s highest run-getter in T20Is in 2022 with 340 runs in his bag, has jumped massive 68 spots to enter the top 10 in the rankings, which is led by Pakistan National Cricket Team captain Babar Azam.

The next best-ranked Indian batter in the rankings is KL Rahul, who is at the 14th spot. In the T20I bowling Rankings as well as T20I All-rounder Rankings, no Indian player is in the top 10.