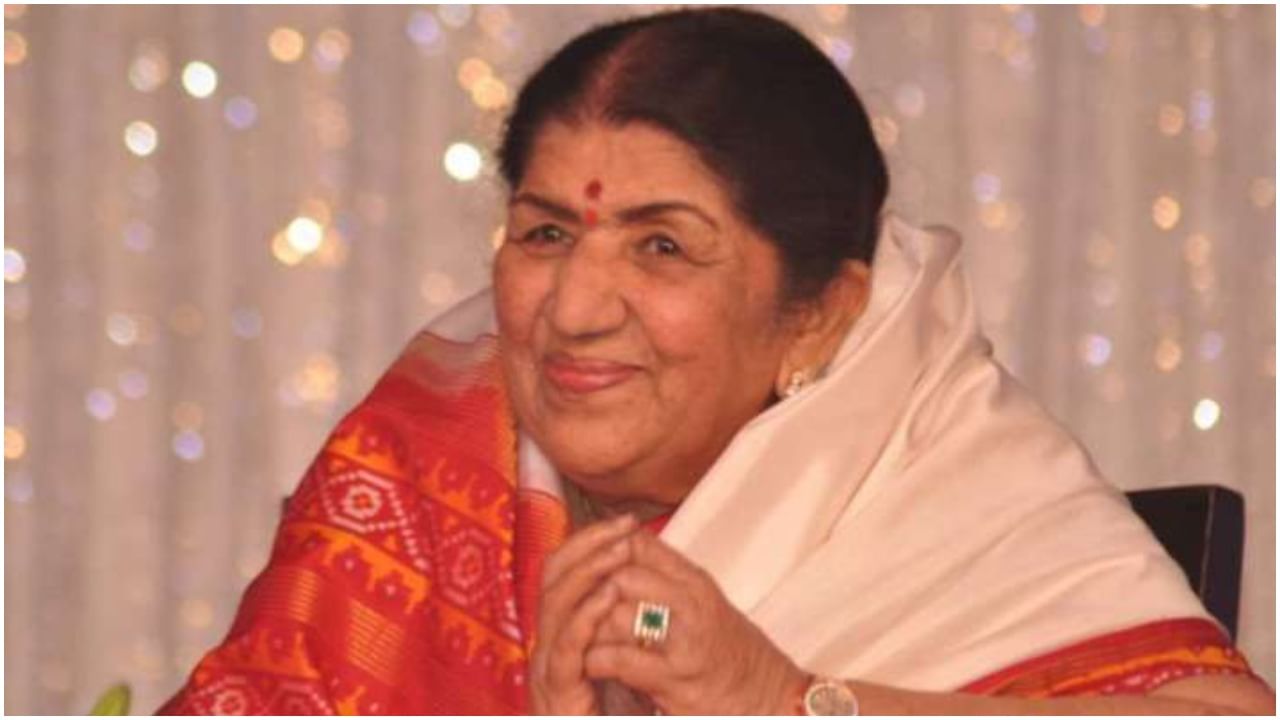 The body of Lata Mangeshkar was taken to Shivaji Park in Mumbai with great grandeur. In his last journey, his body was decorated with flowers and there was also a huge picture of him.

Lata Mangeshkar ,Lata Mangeshkar) has now left this world. Yesterday, the last rites were performed at Shivaji Park in Mumbai in the presence of many celebrities. In this last journey of his, the film world (Film Industry) and many big personalities from the political field attended. Prime Minister Narendra Modi, Bharat Ratna Sachin Tendulkar and Bollywood actor Shahrukh Khan (Shah Rukh KhanMany people including Lata didi attended the last journey. On Monday, a day after the last rites, i.e. today his nephew Adinath Mangeshkar was seen completing the further rituals. Along with this, he was also seen going to the house of the legendary singer from Shivaji Park Stadium. Lata Mangeshkar’s entire family was present during her last visit. She was always very close to her family and even in her last moments her sisters and her entire family were with her.

Adinath Mangeshkar completes the rituals after the funeral

Adinath Mangeshkar is the son of Lata’s younger brother Hridaynath Mangeshkar. He was seen bringing the ashes on Monday by media reporters on Monday. Hindustan Times According to the report, Assistant Municipal Commissioner Kiran Dighavkar said that we have handed over the ashes to Adinath Mangeshkar, brother of Lata ji and son of musician Hridaynath Mangeshkar. Lata ji had passed away yesterday morning, after which she stopped where she was. There was a wave of mourning in the country. The Government of India has also declared two days of national mourning on the death of Lata Didi.

Many big film and political figures were involved.

The body of Lata Mangeshkar was taken to Shivaji Park in Mumbai with great grandeur. His last journey His body was decorated with flowers and there was also a huge picture of him. He was draped with the tricolor and sent off with national honours. Many big personalities were present during this. Many big celebs including Aamir Khan, Shah Rukh Khan, Ranbir Kapoor, Shraddha Kapoor, Sachin Tendulkar, Anuradha Paudwal, Shankar Mahadevan and Vidya Balan were present at his funeral. Prominent ministers including Uddhav Thackeray, Aaditya Thackeray, Raj Thackeray, Sharad Pawar and Piyush Goyal also attended.

People of neighboring country used to say to Amitabh Bachchan – we have neither Taj Mahal nor Lata Mangeshkar, Big B shared a memorable video

Waheeda Rehman was trapped in the bathroom due to water, Lata Mangeshkar helped like this; The actress narrated the story by remembering Didi