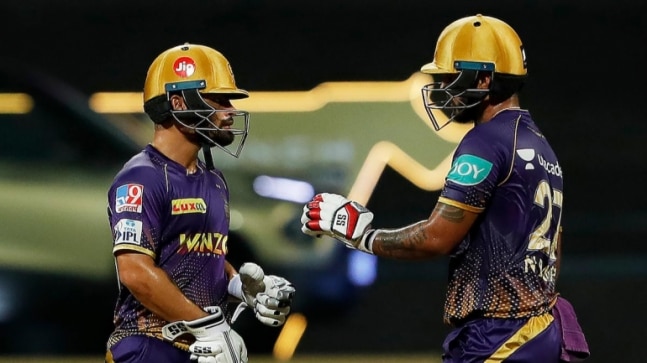 Kolkata Knight Riders (KKR) head coach Brendon McCullum heaped praise on Rinku Singh, saying that very few batters could bat the way the southpaw did in the 2022 Indian Premier League (IPL). After mostly warming the bench for four seasons, the Young Turk made a mark in the ongoing edition, although his team failed to qualify for the playoffs.

On Wednesday, May 18, Singh played a 40-run knock off 15 balls with two fours and four sixes against the Lucknow Super Giants (LSG) at the Dr. DY Patil Sports Academy in Mumbai. With three runs needed off two balls, he got out after Evin Lewis took an incredible catch in the deep, following which the Knights lost the match by two runs.

McCullum, who’s known for his 158 in the inaugural IPL match back in 2008, said that Rinku is someone worth investing in over the next few seasons of the tournament. The veteran also had words of praise for Sunil Narine, who scored a seven-ball 21 against LSG.

“Rinku’s is an incredible story, a man around the IPL for five years. He sat on the sidelines for so long and worked so hard, he has had to wait for his opportunity, he got it late in the tournament and he’s taken it,” McCullum said in the post-match press conference.

“He plays the game for all the right reasons that I love as a coach and as a fan of cricket as well. Rinku is a player who KKR will invest in, no doubt, over the next few years and we’ll see him progressing. Not too many people can bat like Rinku did and be able to pull games out of the fire. Really pleased for him,” he stated.

“Sunny (Narine), every now and then, is going to come off and play a significant hand that can win some games,” McCullum said.

McCullum is now set to start his journey as the head coach of the England Test team after Chris Silverwood’s departure. But the former New Zealand skipper also talked about ardently following KKR’s matches from next season onwards.

“I’m heading in a different direction with the challenge of being able to coach England, but I’ll be following the KKR boys and, particularly, Rinku. I really wish them all the best,” McCullum added.