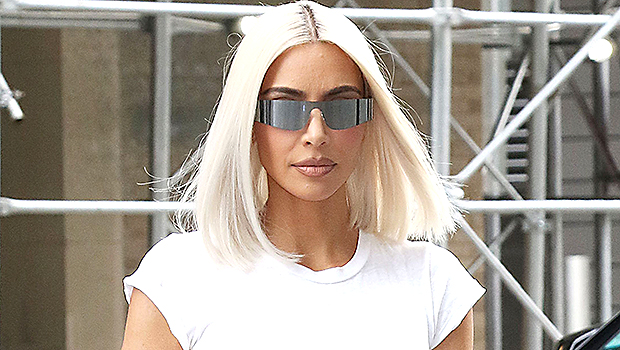 Most eligible bachelorette! Kim Kardashian , 41, has no shortage of men vying for her attention now that she’s back on the market after calling time on her nine-month romance with Pete Davidson , 28. But sources tell HollywoodLife EXCLUSIVELY that she isn’t going to rush into anything serious. “Kim is single and ready to mingle. She does not want to get locked into anything right now. Her feelings for Pete were so strong but she knows now that it was lust that she was driven by and not love. Love takes time and right now Kim doesn’t have the time to invest in anything serious. So,  while she focuses on her billion-dollar empire, including the launching of her new ear pods brand, she is going to have fun. If this includes going on dates, so be it. But she is way too involved with her family and focused on herself right now to give away too much of this to anyone else.”

The  star surprised everyone when she started dating Pete last year, after meeting him when she made her hosting debut on Saturday Night Live in October 2021. But her ex-husband Kanye West, 45, was a lot more than surprised by the news. The rapper repeatedly attacked the comedian — and anyone associated with him — on-line and in interviews. He even took to Instagram on Aug. 5, after the news broke that Kim and Pete had ended their relationship, to celebrate the break-up with a tasteless post proclaiming that his love rival was “dead.”

Kanye’s cyberbullying of Pete caused Kim endless headaches and it’s something she’s hoping to avoid the next time around, says a source close to the SKIMS founder. “Kim has spoken to Kanye about the way he treated Pete on several occasions. She explained how difficult he made things for her and she hopes he would treat her next relationship with complete respect. What he did to Pete was uncalled for and although she has her apprehensions, she isn’t going to let Kanye control her life. She’s not dating at the moment, but if it happens, it happens. However, it won’t be a decision she takes lightly.”

And, according to our source, Kim is still coming to terms with the end of her relationship with Pete. “Although it’s been a few weeks since Kim and Pete broke up, she’s still mourning the relationship in some ways,” says our insider. “At one point, Kim truly thought she and Pete would last forever. She isn’t ready to jump back into another committed relationship, but she’s not completely opposed to getting out there and dating again. It would have to be the right guy, and this time she would prefer to date someone closer to her age. Kim learned a lot from her time with Pete and she can walk away knowing she gave it her all. But she realizes things just weren’t meant to be, and she’s OK with that.”