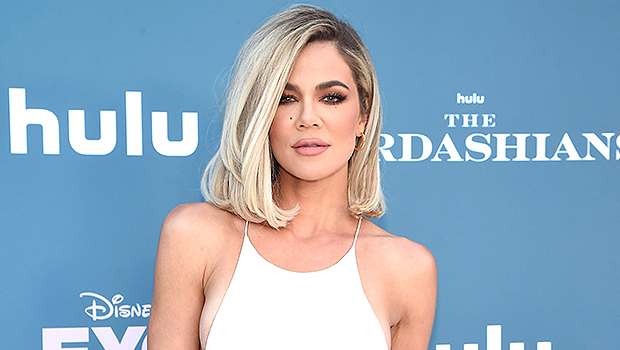 Khloe Kardashian, 38, took to her Instagram to share an adorable photo of her daughter True Thompson, 4, on Sunday, August 7. The adorable photo of True was Khloe’s first Instagram post since she welcomed her son via surrogate on Friday. True looked super cute, as she smiled for the photo. “My happy sweet girl,” Khloe wrote in the caption along with a heart emoji.

True smiled in front of an intricate floral display, with a series of purple flowers arranged in the shape of a cat, with pink and white flowers at the bottom. True rocked a white top and pink tie-dyed pants for the adorable picture for her mom’s pic.

The adorable photo of True was Khloe’s first social media post after she welcomed a son with her ex and True’s dad Tristan Thompson, 31. A source close to the Keeping Up With The Kardashians star confirmed that the former couple’s son was born via a surrogate on Friday. After their son arrived, the NBA star was spotted walking through a gym parking lot in the first photos of him after the exes welcomed their son.

Khloe and Tristan welcomed their baby months after a bunch of drama when the basketball player was involved in a paternity scandal when it was revealed that he fathered a child with another woman. As the former couple moved towards having their second child, a source close to Khloe revealed to HollywoodLife exclusively that the pair were mending their relationship. “Khloe went through such a roller-coaster of emotion when the news came out that Tristan had fathered a child, but ultimately she was able to get to a place of forgiveness with him,” they said.

With the newborn just arrived, Khloe has also put most of her focus on being a mom, naturally. Another insider told HL that the Good American founder was putting her love life on the back burner to focus on her children. “Khloe has decided to put her love life on hold to make her number one priority her newborn baby and True. Second to that comes her health and her career,” they said.