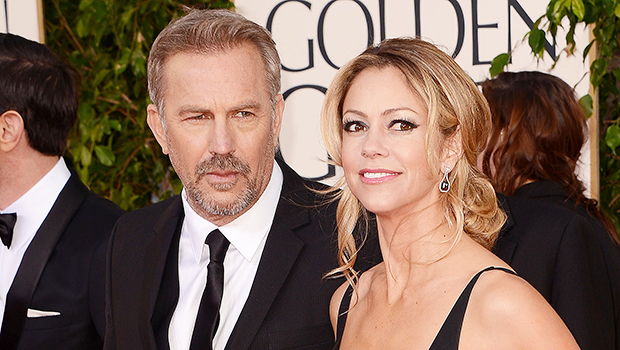 Kevin Costner, 67, and his wife Christine Baumgartner, 48, would have surely made an impact on the red carpet of the 2023 Golden Globe Awards on Jan. 10, but the massive flooding in Southern California prevented them from doing so. The actor, who is nominated in the Best Performance by an Actor in a Television Series – Drama for his role as John Dutton III in Yellowstone, took to Instagram to reveal he wouldn’t be attending the ceremony and expressed disappointment as he apologized to his fans.

“Hi everyone, look, I’m so sorry for everyone who might’ve been turning into watch the golden globes. Chris and I aren’t going to be able to be there,” he started as he stood outside, in the video. “Yesterday, we had to pull the kids out of school in Santa Barbara. For the second time in five years, the freeways are flooded out…We couldn’t get back to the house with the freeways closed. No one is sadder than us that we can’t be there at the Golden Globes.”

“Chris had a beautiful dress, and I was looking forward to walking down the red carpet with her and the people of Yellowstone, my castmates, directors…,” he continued. “Just so sorry that I can’t be there. I really wanted to, and I know how bad Chris wanted to support me. She went out and bought me some gold, yellow, black, and silver balloons, so we’re going to sit and watch on television and see what happens. But thank you for your support, and I’m really sorry to the Golden Globes and the International Press.”

Kevin’s planned appearance at this year’s Golden Globes is a sign that Yellowstone has become one of the most watched shows over the past few years. The neo-Western drama series, which was created by Taylor Sheridan and John Linson, premiered in 2018 and also stars Luke Grimes, Kelly Reilly, Wes Bentley, Cole Hauser, Kelsey Asbille, and Gil Birmingham. It follows conflicts along the shared borders of Yellowstone Ranch, a large cattle ranch, the Broken Rock Indian reservation, Yellowstone National Park and land developers, and entered the second part of its fifth season this year.

When Kevin’s not making headlines for his work on Yellowstone, he’s doing so for other projects. Some of the most recent include the films, Jack Snyder’s Justice League, which premiered in 2021, and the upcoming film, Horizon, a Western film set in pre and post-American Civil War that depicts the expansion of the American west. In addition to acting in it, he’s producing and directing the latter.

When Kevin’s not focused on his long and successful acting career, he’s spending quality time with his family. He is a father of seven, including daughters include Annie, Lily, and Grace, and sons Joe, Liam, Cayden, and Hayes. He shares Cayden, Hayes, and Grace with Christine while the other members of his brood are from previous romances. Since he’s had his children throughout his life, his oldest and youngest children are actually 26 years apart.