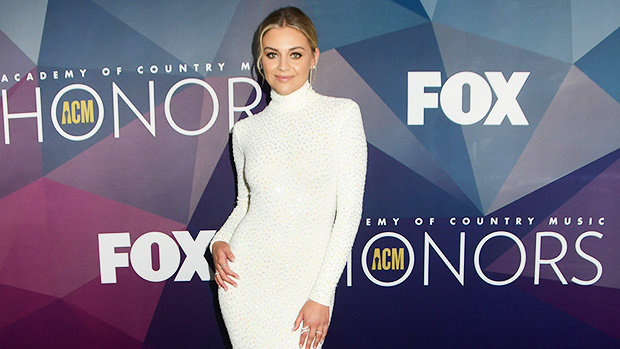 Kelsea Ballerini came to slay once again with her look for the 2022 Academy of Country Music Honors, which took place at the Ryman Auditorium in Nashville on Aug. 24. The country singer was part of the show to help honor ACM Poet’s Award recipient Shania Twain. Kelsea took her tribute all the way, slaying in Shania’s sweeping white sequined, high-necked gown from the 1999 Grammy Awards.

To complete her look for the star-studded event, Kelsea had her hair styled in a soft bun. She accessorized by adding simple diamond stud earrings and several rings. Her makeup look was on point, as always. For her glam, Kelsea rocked neutral shades with a dramatic smokey eye. Then, for her performance, Kelsea channeled another iconic Shania look, wearing a dupe of her “Man I Feel Like A Woman” video ensemble. She then took off her jacket and top hat to reveal a black mini dress and fishnets onstage.

In addition to Shania, the other honorees at the 2022 ACM Honors included Miranda Lambert, Morgan Wallen, Chris Stapleton and Yellowstone. Carly Pearce returned to host the event for the second year in a row, while other buzzed-about attendees included Dan + Shay, Dierks Bentley, Avril Lavigne, Wynonna Judd, Mickey Guyton, Jordan Davis and more. While the event was filmed on Aug. 24, it will air on FOX on Tues. Sept. 13, as well, marking the first time it’s airing on a broadcast network since 2017.

Kelsea has always been vocal about her love and respect for Shania, so this was the perfect opportunity for her to pay tribute to someone who helped pave the way for women in country music. It’s about to be a big year for Kelsea herself, as she’s set to release her next studio album, Subject to Change, on Sept. 22. This will be Kelsea’s first album following a double dose — Kelsea and Ballerini — which she dropped amidst the coronavirus pandemic in March and September 2020, respectively.

So far, Kelsea has released three songs from the upcoming record. In April, she dropped the lead single, “Heartfirst,” followed by a slower tune, “Love is a Cowboy,” and the most recent release, “The Little Things.” It’s unclear if she’ll share any of the other songs before the big release day in mid-September.