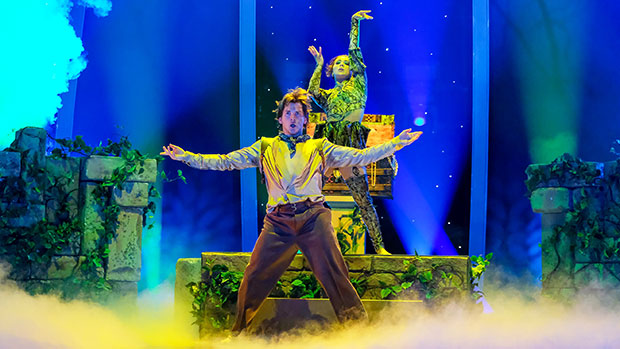 And then there were two! So You Think You Can Dance will conclude its 17th season on August 10, where either Keaton Kermode or Alexis Warr will win the FOX reality show. This season was hosted by Cat Deely with judges Stephen “Twitch” Boss, JoJo Siwa, and Leah Remini, who replaced Matthew Morrison. So many talented dancers gave it their best shot, but ultimately it’s come down to Keaton and Alexis in the final two. But which one will win?

Keaton has had an incredible journey on the show, starting with his remarkable audition that was called “genius” by one of the judges. He stands a great shot at winning the entire show on the finale. Here’s everything you need to know about Keaton.

Keaton is a contemporary dancer.

Keaton has danced contemporary style all season long. His fellow finalist Alexis is a latin ballroom dancer. The two styles are very different and will make for a thrilling finale. Keaton has also said on the show that his other favorite dance style is jazz.

He used to play football.

Prior to SYTYCD, Keaton played football for Triton Central High School in Indiana. He graduated in Spring 2020 and shared a celebratory post after his football season ended. “From the beginning to the end, this senior football season was one to remember. I had so much fun playing with all of these guys,” he said.

His mother inspired him to dance.

Keaton revealed on the show that he got into dancing thanks to his mom, who runs a dance studio. She helped him train professionally leading up to when he auditioned for SYTYCD.

He’s a member of the Style Dance Academy.

Keaton has been a member of the Style Dance Academy (SDA) for over 16 years. SDA is located in Franklin, Indiana and offers dance and gymnastics to all ages. In his Senior Spotlight Q&A for SDA, Keaton revealed that he wants to move to Los Angeles and pursue a career in dance.

Chanté Adams: 5 Things To Know About The Breakout ‘A League Of Their Own’ Star

His audition blew the judges away.

Keaton’s SYTYCD audition aired on the show’s second episode this season. He danced a beautiful contemporary number to “If You Keep Leaving Me” by Anderson East. The audience and the judges went wild over Keaton’s dance.  “It was sick. And it was creative. I love when people take steps but make them unique to themselves. It was geniously done,” JoJo said.

Twitch also commended Keaton’s audition and pointed out that his mom was in the audience watching. “We can also see how important it is to have incredible family support. Because in a place where it’s uncommon for guys to take up dancing, especially when they’re playing football, you have someone that created such a safe space for you to thrive.” All three judges pushed Keaton to the next round, and now he’s one elimination away from winning the whole show!