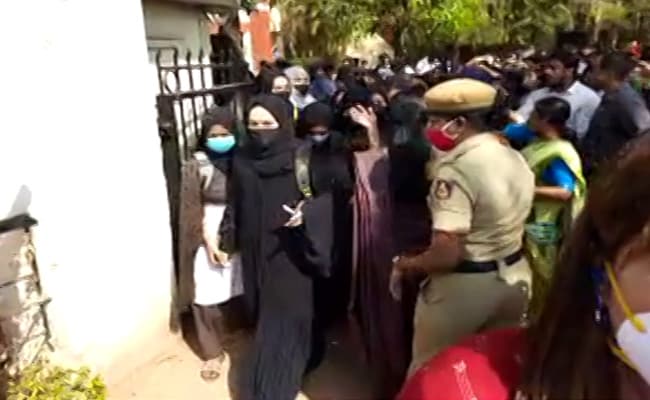 Karnataka Primary and Secondary Education Minister B C Nagesh on Friday indicated that the government is likely to decide on reopening Pre-University and Degree Colleges on February 14.

The government on Thursday had decided to resume classes for high school students up to class 10 from February 14, and for Pre-University and Degree Colleges thereafter.

“…high schools will resume on Monday and during the meeting that will be convened by the Chief Minister on Monday evening, will try to take a decision regarding starting classes for PUC and Degree College students at the earliest,” Mr Nagesh said.

The Karnataka High Court, in its interim order pending consideration of all petitions related to the Hijab row, on Thursday had requested the state government to reopen educational institutions and restrained all the students from wearing saffron shawls, scarves, Hijab and any religious flag within the classroom.

As protests for and against the hijab intensified in different parts of Karnataka and turned violent in some places, the government declared a holiday for all high schools and colleges in the state for three days, from Wednesday.

Meanwhile, Home Minister Araga Jnanendra said the Superintendent of Police of all districts have been instructed to see to it that peace, law and order is maintained, when educational institutions reopen.

“Our police are prepared to handle any situation, our police force have already gone to various states where elections are taking place, we are not sending anymore force and they will be utilised, along with local police and central forces,” he said.

Stating that sensitive areas have already been identified and measures that need to be taken there are being taken by the police, he said, “investigation are on regarding those behind the row, our information is that there are some religious fanatics, who have tried to incite students, we will nab them.”

In response to a question, he further said that “there is some information that it was pre-planned, but I can’t say anything in detail. It has to come out through investigation. Police have taken it seriously.”

The Chief Minister has called a meeting of Ministers with Deputy Commissioners, Superintendent of Police, Deputy Director of Public Instruction and CEOs of Zilla Panchayats of all districts this evening via video conferencing to gather information about the ground situation in the districts and to give certain directions.