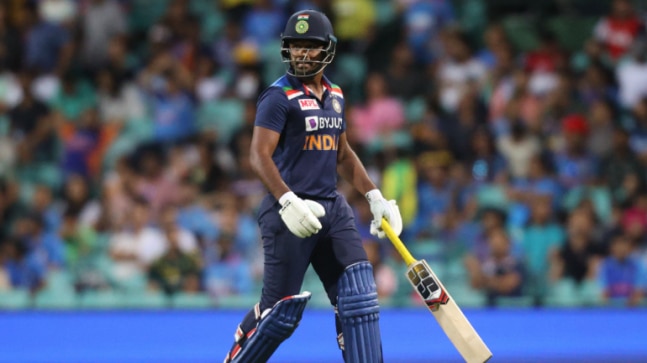 Former India captain Kapil Dev is ‘extremely upset’ with Rajasthan Royals captain Sanju Samson, as he believes that given the talent the RR skipper possesses, his returns with the bat do not justify it. Samson scored 458 runs in the IPL 2022 season but could convert just two of his starts into big scores.

Samson was picked for India’s last T20I series against Sri Lanka but has not been named in the squad for the South Africa series. Ever since his T20I debut in 2015, the 27-year-old has represented India in 13 matches, having scored 174 runs, averaging 14.5, with his highest individual score being 39.

“I am disappointed with Sanju Samson. He is so talented. He does well in one or two matches and then he does not do anything. If you talk about wicketkeepers, they’re all almost the same. But if you talk about being the better batter, on a given day, all four can win you matches,” Kapil Dev said on ‘Uncut’.

Kapil also pointed out that Dinesh Karthik is the most consistent wicketkeeper when compared to the likes of Ishan Kishan and Samson. Kapil also said that Ishan was feeling the pressure of the high price that he garnered at the IPL auction.

“If you talk about Wriddhiman Saha, he is a better wicket-keeper than these four. But these four, as a batsman, are better. If we talk about consistency currently, Dinesh Karthik is ahead of everything. Ishan Kishan has, I think, come under pressure. Maybe it’s the pressure of the high price that he garnered at the IPL auction. I have never got so much money so I will not be able to say,” Kapil added.