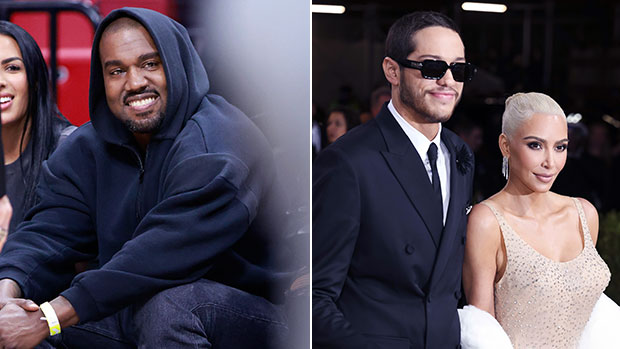 Kanye West appears to be overjoyed that Kim Kardashian and Pete Davidson have called it quits. After the couple broke up following a nine-month romance, Ye, 45, celebrated the news on Instagram on Monday morning (August 8). He shared a fake New York Times front page article with a headline reading, “SKETE DAVIDSON DEAD AT AGE 28.” Kanye added no caption to his scathing post, which is his only post on his Instagram page currently.

Kanye, who shares four children with Kim, was no fan of his estranged wife dating Pete. He was hurling insults at the Saturday Night Live alum both on both social media and in his song lyrics earlier this year. His threats got to the point where Kim expressed concern for Pete’s safety that Ye inevitably leaked to his Instagram.

Kanye West Then & Now: Photos Of The Rapper From His Young Days To Superstardom