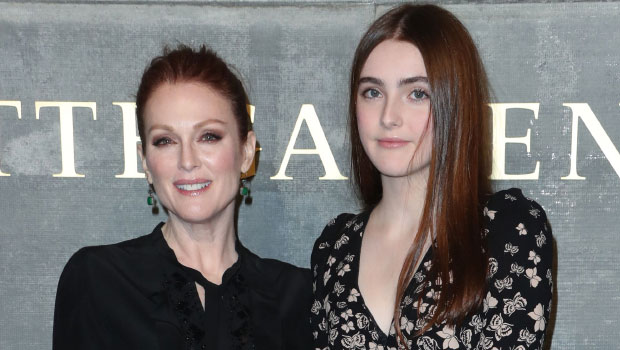 Julianne Moore, 61, proved beauty runs in the family when she and her daughter Liv, 20, posed for new cosmetics campaign pics. The actress and the lookalike showed the world their beautiful features as they put their arms around each other, in a new pic for Hourglass Cosmetics’ We Glow campaign, which was posted to Julianne’s Instagram page on July 21. Julianne wore a brown long-sleeved turtleneck top while Liv wore a tan ruffled top and they both had her hair down, in the eye-catching snapshot.

The doting daughter had her head rested on her mom’s shoulder and one arm around her. Julianne further showed off their bond by holding onto Liv’s hand as she flashed a smile to the camera. They also appeared in a video ad for the campaign and it featured a voiceover of Julianne talking about the “cruelty-free” products.

In addition to Julianne and Liv, the campaign featured four other mothers and daughters, putting a spotlight on the connection that’s shared between them. Julianne opened up about the process and what it was like for Liv, whom she shares with husband Bart Freundlich, in an interview with Harper’s Bazaar. “Liv has never shot anything like this, and so like any parent, I was worried for her,” she told the outlet. “But she nailed it, and we both really encouraged each other.”

Hourglass’ new campaign isn’t the first place we’ve seen Julianne and Liv pose together. The pretty gals have also showed up to events and posed on red carpets together in the past. One event was the Bottega Veneta show in 2018,w here they both wore black outfits, including a pantsuit for Julianne and a dress with white butterflies for Liv.

In addition to Liv, Julianne is the mother of her 24-year-old son Caleb, whom she also shares with Bart. He’s also appeared at various events with his mom over the years and works as a composer and songwriter.

Jennifer Lopez As A Bride: All The Times She’s Worn A Wedding Dress In Films