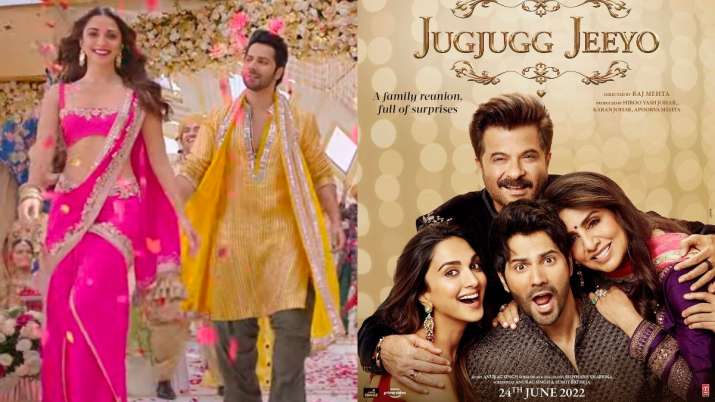 Jug Jugg Jeeyo Trailer OUT: The trailer of ‘Jag Jug Jio’ starring Neetu Kapoor, Anil Kapoor, Varun Dhawan and Kiara Advani has been released. Directed by Raj Mehta, the film is full of love, romance and family drama. The pairing of Anil Kapoor and Varun Dhawan is looking amazing in the trailer. In this, Anil Kapoor is playing the role of Varun Dhawan’s father.

Sharing the trailer of the film on Instagram, Anil Kapoor wrote – ‘Surely come for this family reunion with your family full of surprises! Ready to release in cinemas on June 24.

On the other hand, announcing the trailer, Karan Johar wrote, ‘Let’s experience the magic of this unique family and embrace the emotions in a group! This is going to be one of the biggest family reunions ever and you are all invited!’

The trailer begins with Kiara Advani and Varun Dhawan’s wedding celebrations, but both are upset with their marriage and decide to file a divorce and keep their decision a secret from their families. At the same time, Neetu Kapoor, Maniesh Paul and Prajakta Koli are also seen in it.

Let us tell you that before the trailer, the makers had released the motion poster of the film. Karan Johar is producing this film in association with Viacom 18. Also, the audience will get to see the pairing of Varun and Kiara for the first time. The film is set to hit the theaters on June 24, 2022.

Ayushmann Khurrana: Why the actor, who has sung many hit songs, has given up on singing? Learn

Happy Birthday Jr NTR: Motion poster of Jr NTR’s film released, the first glimpse was seen on the occasion of the actor’s birthday