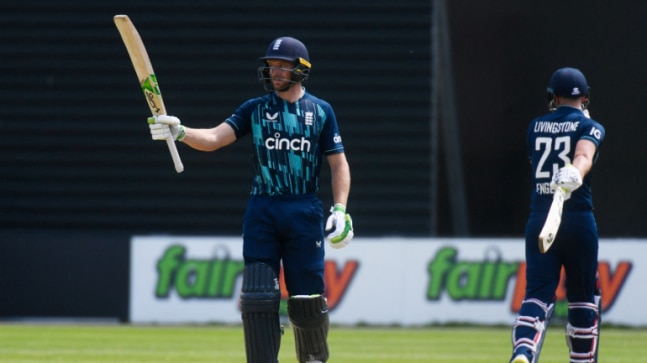 The ECB announced on Thursday that Jos Buttler will be the new England limited-overs captain after Eoin Morgan retired from the game earlier this week.

Reports from the British media had suggested that Buttler, who was serving as Morgan’s deputy in white-ball cricket, would be the man elected to lead the limited-overs team going forward.

In a statement released on their website, the ECB confirmed that the Interim Chair, Martin Darlow, and Interim Chief Executive Officer, Clare Connor, approved the decision on Wednesday evening following the recommendation by the Managing Director of England Men’s Cricket, Rob Key.

Key, in the statement, said that the wicketkeeper was the perfect choice to replace Morgan and he is well-respected in the dressing room. He also said that the extra responsibility would take Buttler’s game to the next level.

“Jos Buttler was the perfect choice to succeed Eoin Morgan as our white-ball captain, and I had no hesitation in offering him the role. Jos has been part of our white-ball set-up for over a decade and was integral in the transformation of the way the team has played its attacking brand of cricket over the past seven years.”

“He is well respected in the dressing room by all of his teammates and will relish leading his country. He is in the form of his life and is showcasing his talent against the best players and teams in the world. I believe the extra responsibility will take his game to a new level and inspire those around him.

“I’m looking forward to seeing him take us forward. He thoroughly deserves the opportunity,” said Key.

“I would like to offer my sincere thanks and gratitude to Eoin Morgan for his outstanding leadership over the past seven years. It has been the most memorable period for everyone involved. He has been an inspirational leader, and it has been fantastic to play under him. There are lots of things that I have learnt from him that I’ll take into this role.

“It is a great honour to take over from Eoin, and the place he has left English white-ball cricket in is exciting, and I’m inspired for the challenges ahead.”

“There is excellent strength-in-depth in the white-ball squads, and I’m looking forward to leading the teams out for the series that are coming up against India starting next week and later in July against South Africa. It is the greatest honour to captain your country, and when I have had the chance to step in the past, I have loved doing it. I can’t wait to take this team forward,” said Buttler.