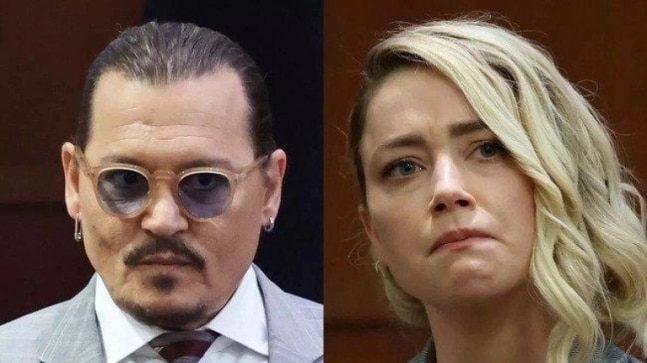 Johnny Depp’s lawyer recently said that for the actor, his defamation trial against ex-wife Amber Heard was for ‘restoring his reputation’. He hinted that Depp might not make Amber pay him the $10.35 million damage.

Johnny Depp had filed a defamation case against Amber Heard.

Johnny Depp recently won the defamation case against his ex-wife Amber Heard. After a Virginia court ruled that Amber had defamed Depp in a 2018 op-ed she wrote about being a victim of domestic abuse, the actor was awarded $10.35 million damage. Later, Amber’s lawyer had said that she cannot afford to pay him. In a new interview now, Johnny Depp’s lawyer Benjamin Chew said that Amber may not have to pay the money after all. He added that for Depp, the trial was not about money.

JOHNNY DEPP MAY NOT MAKE AMBER HEARD PAY HIM

The Johnny Depp Vs Amber Heard trial finally came to an end recently after six weeks. The jury ruled in favour of Johnny Depp and awarded him $15 million in damages. The “financial difficulties” being faced by Amber Heard came to the fore during the trial. Recently, Good Morning America host George Stephanopoulos asked Depp’s lawyer Benjamin Chew if the actor would say yes to a settlement where Amber agrees not to appeal the case in exchange for “him waiving monetary damages. In reply, Benjamin hinted that it might happen.

Chew said on the show, “We obviously can’t disclose any attorney-client communications, but as Mr. Depp testified and as we both made clear in our respective closings, this was never about money for him. This was about restoring his reputation, and he’s done that.”

ABOUT JOHNNY DEPP AND AMBER HEARD

Johnny Depp and Amber Heard met on the sets of The Rum Diary in 2009 and started dating a few years later. In 2015, they got married. During that time, Johnny Depp was in a long term relationship with French actress Vanessa Paradis while Amber Heard was dating photographer Tasya Van Ree. Following the split with their respective former partners, the two began secretly dating in 2011. Johnny Depp and Amber Heard were engaged in 2014. The news became public when a picture emerged of the actress wearing an ornate engagement ring. They finally got married in 2015 in a very private ceremony on Depp’s private island in the Bahamas.

In 2016, Heard filed for divorce and alleged that Depp had physically abused her during their marriage under the influence of drugs or alcohol. Depp denied the accusations and stated that Heard was “attempting to secure a premature financial resolution by alleging abuse.” Their divorce was finalised in 2017. Johnny Depp later sued Amber Heard for defamation because of an op-ed she wrote in the Washington Post in 2018. In the op-ed, headlined “I spoke up against sexual violence — and faced our culture’s wrath. That has to change,” Heard claimed that she was a domestic abuse survivor. However, she did not name Depp.