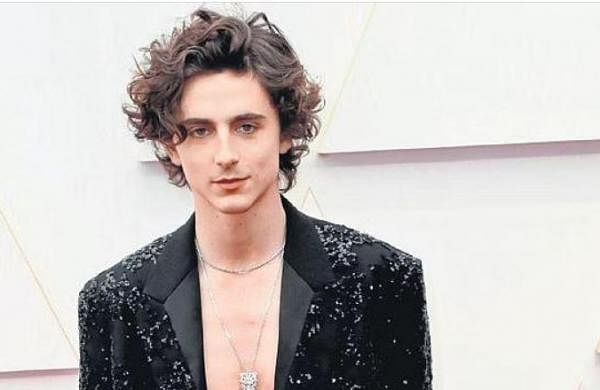 WASHINGTON: ‘Dune’ star Timothee Chalamet did not hold back when speaking about the impact of social media on society while promoting his new film at a press conference during the Venice Film Festival.

According to Fox News, at a press conference for his new movie, “Bones and All,” actor Timothee Chalamet was open and forthright about his thoughts on social media and the harm he feels it has done, saying he is glad he was not a child when social media was really popular.

“To be young now, and to be young whenever–I can only speak for my generation–is to be intensely judged,” Chalamet said. “I can’t imagine what it is to grow up with the onslaught of social media.”

His most recent movie is set in the 1980s, a time before social media and before individuals were constantly bombarded with other people’s ideas. Chalamet acknowledged that it was liberating to live a life free of concern about maintaining his online persona.

He disagrees with society’s incessant need to interpret one’s feelings and thoughts in light of social media and what others may be saying about it. “It was a relief to play characters who are wrestling with an internal dilemma absent the ability to go on Reddit, or Twitter, Instagram or TikTok and figure out where they fit in,” he explained.

While Chalamet acknowledges that some aspects of social media can be helpful, he believes that there are many other aspects of it that will eventually bring about the breakdown of civilization. “I’m not casting judgement,” he added. “You can find your tribe there … [but] I think it’s hard to be alive now. I think societal collapse is in the air. That’s why hopefully this movie will matter.”

Taylor Russell, who co-starred with Chalamet in the film, also expressed her concern about the threats social media poses to society and the rising influence it now has over young adults. “I have a little brother who’s 19, 20-ish, and thinking about him in this world, and the self-judgement and judgment of others that people seem so flooded with every day in such a drastic and severe way is so scary, because the hope is that you can find your own compass within all of it and that seems like a difficult task now,” Russell said.

Chalamet has collaborated twice with director and screenwriter Luca Guadagnino on this movie. Since they collaborated on “Call Me By Your Name,” Chalamet has been itching to work with him again. “I was dying to work with Luca again to tell a story that was grounded like the first story we told,” he said. “Only this time in the American Midwest in the ’80s about people that are disenfranchised in every way possible.”

The film ‘Bones and All’ is based on the 2015 book of the same name, which centres on a Russell-played teenage girl who adores cannibalism and the romance that develops between her and a reclusive Lee character. It tracks their trip as they move together cross-country. His new movie is set to release on 23 November. (ANI)