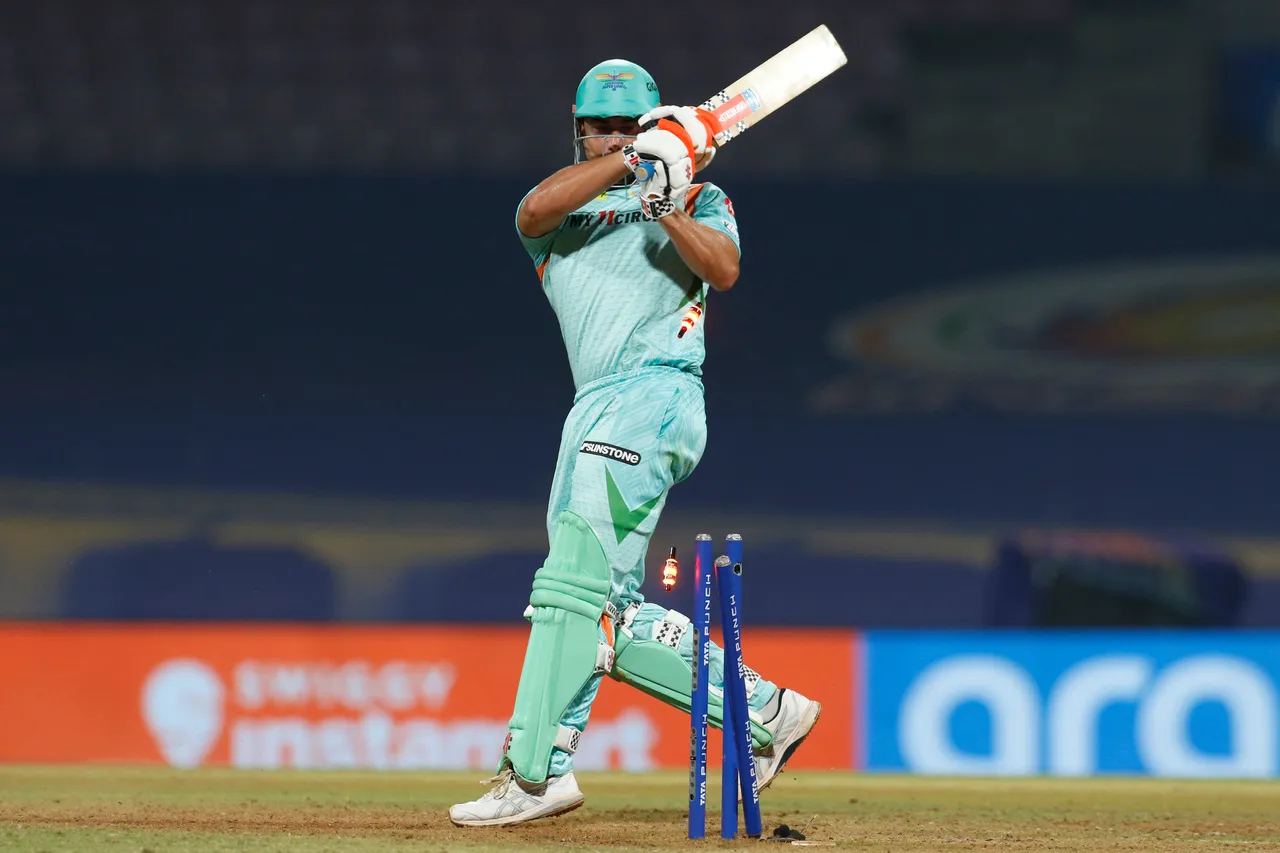 Marcus Stoinis, an Australian all-rounder, has explained why he decided to join the Lucknow Super Giants ahead of the IPL 2022 season. Stoinis stated that delayed fellow countryman Shane Warne’s success with the Rajasthan Royals motivated him to start from scratch.

Stoinis was among three cricketers signed by the Super Giants before this year’s mega auction, along with KL Rahul and Ravi Bishnoi. However, the 32-year-old failed to live up to expectations, scoring 156 runs in 11 games with a strike rate of 147.17.

Stoinis told Cricbuzz that he is looking forward to another two years. The Australian hopes to make an impression at World Cups and do something significant with the Super Giants in the long term. He stated :

“For cricket, the World Cups approaching, as well as the IPL with this new team, are the situations which are most interesting to me. The key reason I decided to sign for Lucknow was to help create something from scratch, with a blank slate to work with, in the presence of people like KL Rahul and Sanjeev, to build something which you can reflect on in 10-15 years.”

‘Aspires to leave a legacy similar to Warne’s: Marcus Stoinis

Marcus Stoinis, like Warne, aspires to leave a legacy and has stated his intentions for his personal life. Stoinis continued:

“Apart from Warnie, almost no one gets this chance to start at a new team. I think back to how he began with Rajasthan and also what he appears to have done there, how he’s always an essential part of the squad, and how he helped establish that culture.”

“In terms of family, I am looking forward to another stage of my life, whether it is establishing myself and my family or getting married.”

The Super Giants’ first season ended in the playoffs when they were eliminated by the Royal Challengers Bangalore in the Eliminator.