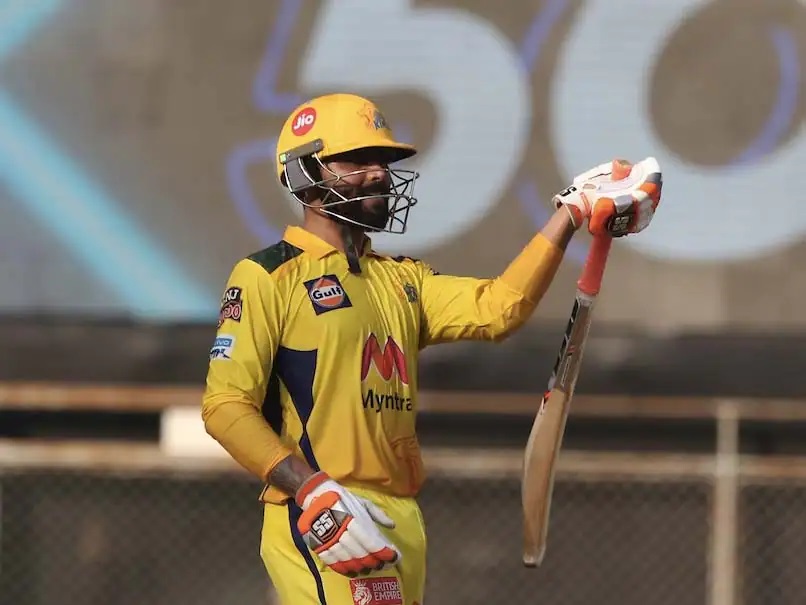 Ravindra Jadeja was retained by Chennai Super Kings ahead of the IPL 2022 mega auction for 16 crores. Along with him, the franchise retained MS Dhoni, Ruturaj Gaikwad and Moeen Ali. There are reports that MS Dhoni might well hand over the captaincy to Jadeja halfway through the season. The CSK skipper also said that he would play his last game in front of the home crowd in Chennai before retiring from his IPL career.

CSK’s official Twitter handle, put out a tweet in Tamil asking suggestions for their playing XI. In that XI, Ruturaj was slotted as the opener, Moeen Ali at number three, Dhoni and Jadeja at seven and eight respectively. Before his subtle dig, Jadeja asked for a translation of the tweet.

In his next tweet, which was a hilarious take on his batting position, Jadeja responded by saying “No 8 too early for me ! Put me @ 11.”

Over the years, MS Dhoni along with Ravindra Jadeja have been the designated finishers for the franchise. Jadeja’s batting has improved by leaps and bounds after he has regularly batted for CSK in the IPL. Given his consistency with bat and ball, he is always amongst the top-allrounders across formats.

Chennai Super Kings won their fourth IPL title by beating Kolkata Knight Riders in the final. All four titles have come under MS Dhoni. The new season, which will be a 10-team event is expected to start from March 27 and continue till the end of May as per reports.

Also Read: IPL 2022: Mumbai And Pune Finalized As Venues For The Tournament